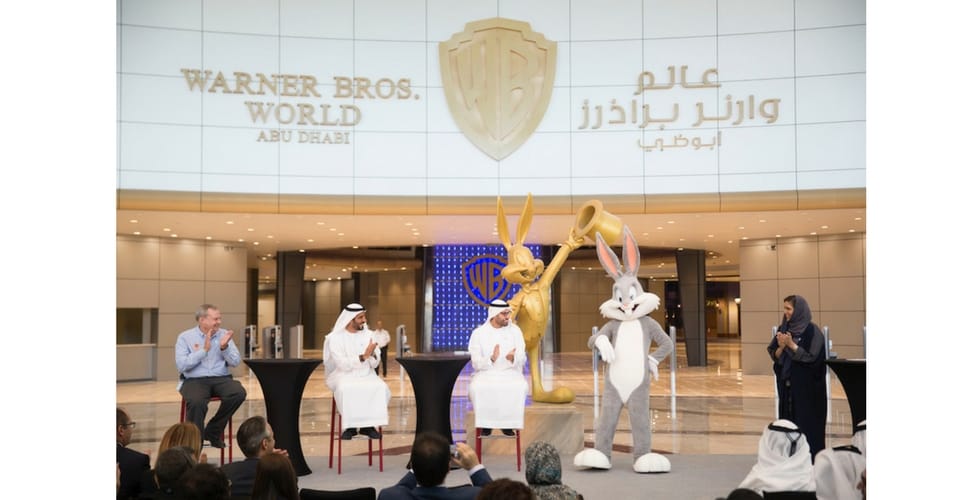 “The launch of Warner Bros. World Abu Dhabi is yet another mile stone in the Emirate’s journey to further enrich its tourism offering, and help establish it as one of the world’s leading tourist destinations. The park is another great addition to Yas Island’s immersive experiences and award-winning attractions,” said His Excellency Mohamed Khalifa Al Mubarak, chairman of Miral, creator of Warner Bros. World Abu Dhabi.

The 1.65 million square-feet park will feature a total of 29 rides, interactive family-friendly attractions, and live entertainment, as well as authentically-themed shopping and dining locations.

“We have worked tirelessly with our partners at Miral to faithfully bring iconic franchises such as DC Entertainment, Looney Tunes and Hanna-Barbera to life in a truly immersive and authentic environment,” said Pam Lifford, president of Warner Bros. Consumer Products. “Delivering experiences and products that continue our brands’ storytelling and excite and engage fans is our primary goal, and we look forward to sharing this world-renowned attraction with them this summer.” 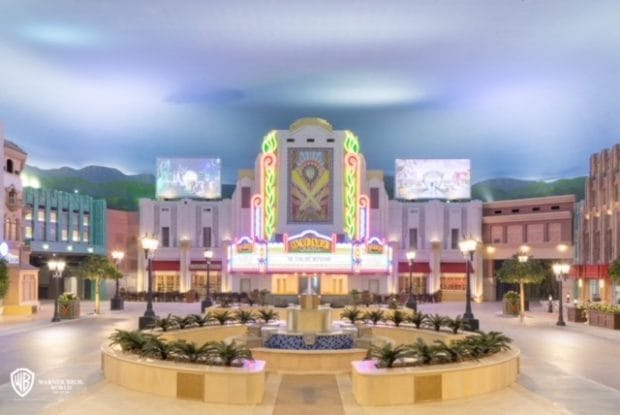 Guests will begin their adventure in Warner Bros. Plaza.

The fun begins at Warner Bros. Plaza, an Art Deco-inspired land that highlights the Golden Age of Hollywood and all things Warner Bros.

Imagined as a portal to the rest of the park’s lands, this area will host the All-Star Spectacular, a show that brings the film library of Warner Bros. to life.

As guests step into Metropolis, they will soon discover an urban landscape protected from the forces of evil by DC Super Heroes like Superman, Wonder Woman, Aquaman, and other members of the Justice League.

On the darker streets of Gotham City, guests will walk alongside notorious DC Super-Villains like The Joker, Harley Quinn and The Riddler. Guests will see these crime fiends disappear into the shadows of Gotham when Batman arrives to bring them to justice. 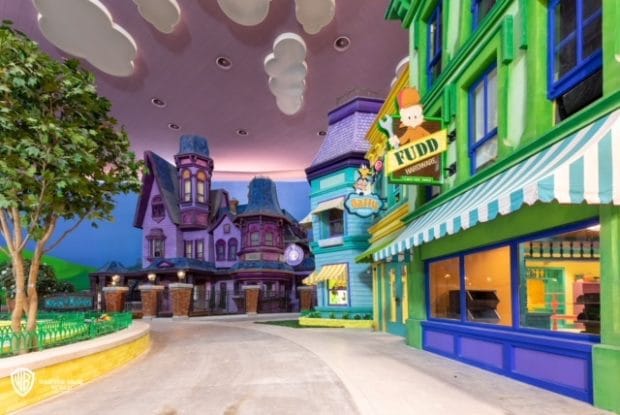 An artist’s rendering of Cartoon Junction.

In Cartoon Junction, childhood memories come to life with beloved characters like Bugs Bunny, Scooby-Doo and Tom and Jerry. The fun continues in Bedrock, where guests can meet everyone’s favorite modern stone-age family, The Flintstones.

Traveling into the animated Dynamite Gulch, guests can encounter Wile E. Coyote and the Road Runner’s dash firsthand, as well as keep an eye out for The Jetsons and Marvin the Martian.

Science of Wine returns this Saturday to Orlando Science Center

I’m really curious how they’ll resolve cultural differences here. For example don’t have rules (Laws?) about how women can dress? How will that square with Wonder Woman?

Put your knowledge to the test with...