When fans think of professional wrestler Scott Garland, AKA Scotty 2 Hotty, they often think of his signature move, the worm. But he hopes they’ll now also think of his new travel show, “Passports, Parks & Parts Unknown”. 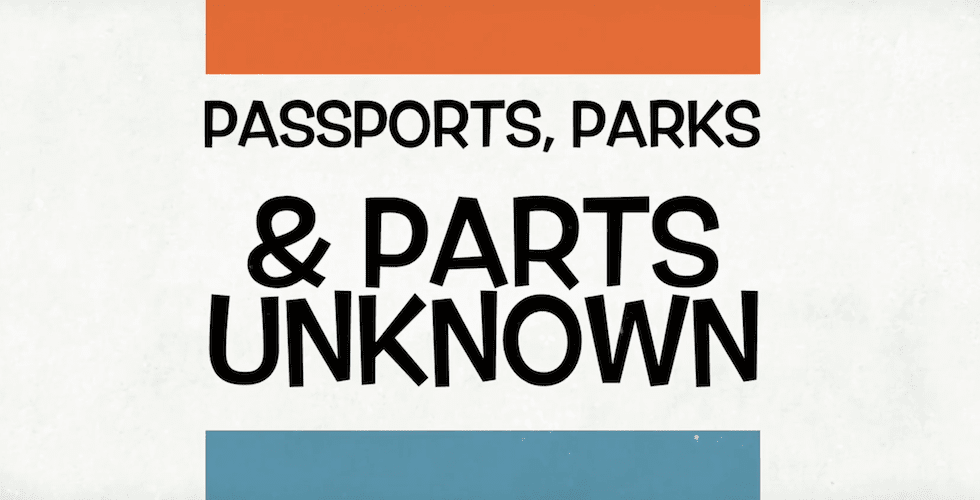 Scott Garland is now hosting his own travel show on YouTube with partner Stacy Dee. 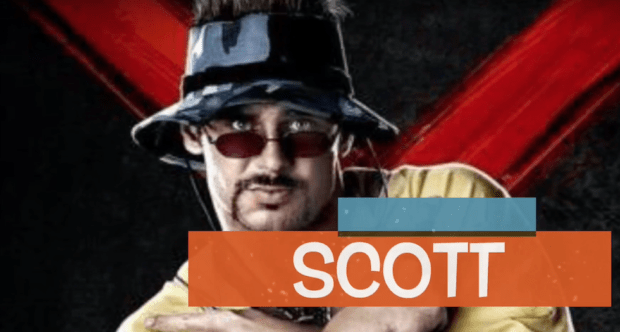 After performing around the world as part of World Wrestling Entertainment (WWE) since he was 18 years old, Scott is now a trainer for the next generation of WWE Superstars at the WWE Performance Center in Orlando, Fla. As of late, he’s now also hosting his own theme park and travel vlog on YouTube with partner Stacy Dee, called “Passports, Parks & Parts Unknown.”

This new show takes viewers on adventures with Scott and Stacy Dee, whether it be a cruise, a theme park trip, or to “hole-in-the-wall” places that you may never have heard of before. All of this from a couple’s perspective, both with unique backgrounds in the entertainment industry.

Co-host Stacy Dee has performed in all of the major Orlando theme parks for many years, with the majority of that time as a dancer in the widely-loved “Festival of the Lion King” show at Disney’s Animal Kingdom. She is also a fitness professional, working as a National Les Mills Trainer. The couple also shares five children between the ages of 10 to 16, who also give a unique perspective on the show from time to time.

We chatted with Scott about his new show, what he hopes viewers gain from watching, and the challenges of starting a YouTube channel. Check out the interview below:

What inspired you two to decide to start vlogging your travels and experiences?

When we first met, a huge connection we had was our love for the theme parks. One of our first dates was walking around Disney’s BoardWalk and seeing the fireworks from Epcot in the distance. We would post our adventures on social media and friends would tell us we should start our own show.

We thought that with our unique jobs and backgrounds, along with five kids, we could do something different than anything else that’s currently out there. We took a four-night Cuba cruise in August and thought we’d film a show to see how it would turn out. That became a two-part episode that served as a launching point, and two of our first videos to be posted on our channel.

Will future episodes focus more on local Orlando attractions both known and unknown, or do you have plans to branch out to other destinations?

Since we live in Central Florida, and a lot of our dates involve hitting the theme parks or trying out a fun, new dining experience; the bulk of our videos will be from Central Florida.

That being said, we really love to travel and want to see the world. We want to share those adventures as well. We want to do all of the big theme parks around the world together, while also exploring places that we may have never heard of and find hidden gems to show to our audience.

What do you hope to share with your audience about all the places you visit on the show? What do you want viewers to get out of “Passports, Parks & Parks Unknown”?

Most of all, we want our show to be real. We aren’t media, experts or critics. We have a unique background with a unique family dynamic – at the end of the day, [we] are still fans of theme parks and travel.

We hope to share a little something different. We aren’t perfect, we’ve both been previously married and divorced, so we’ll share experiences with a blended family that’s so common nowadays. As of right now, we have to take two cars to go anywhere as a big family!

We hope viewers are able to get a glimpse into the places we show and be entertained at the same time. We both travel for our jobs alone, so there may be shows that we go to places alone as well – as it was in one of our first videos, when I visited Niagara Falls while on a WWE/NXT tour recently.

What has been the most challenging part for you when it comes to starting a new vlog on YouTube?

Probably the most challenging part so far has been getting us all together to shoot video for the show. With all of the kids’ activities, like soccer, cross country running, theater and chorus, on top of each of us having shared custody and only having our kids fifty-percent of the time, it makes it tough to get us all together at the same time and shoot video in someplace interesting. Learning the editing part has been challenging, but also fun at the same time.

Do you see this new vlog as something that’s more informative, or more of a “come-along-with-me” style of show?

It’s honestly a little bit of both, but probably leans more to the “come-along-with-me” style. We really just hope that we inspire others to get out and travel. That the time is now, and that there’s a whole world out there to see.

You can check out the past episodes of “Passports, Parks & Parks Unknown” now on YouTube.com.

Watch their introductory and outtake episode below: