Announcing the commencement of the First Purge! Coming to Halloween Horror Nights at Universal Studios Hollywood, the latest entry in “The Purge” saga is the latest house to be announced for the annual Halloween event. 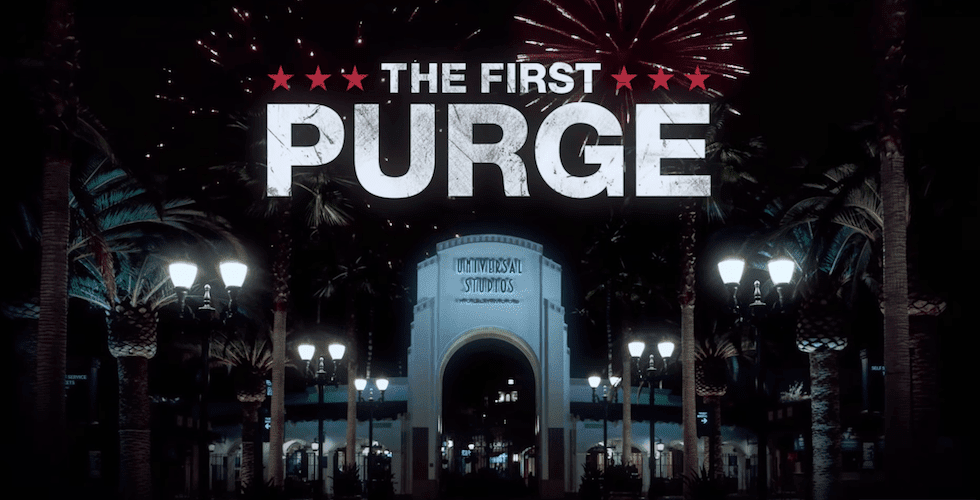 “The First Purge” is the latest house announcement for Halloween Horror Nights at Universal Studios Hollywood.

“The First Purge” is a prequel depicting the origins of the first annual “Purge,” a 12-hour period that occurs once each year, where all crime in America is legal…including murder. The film was released on July 4, 2018, and gives fans a look at the beginning of the New Founding Fathers of America and their creation of the Purge.

“The First Purge” maze will be a reimagining of the movie’s premise, confronting guests with pure fear as it brings to life the turmoil spawned by the first sociological experiment by the NFFA, designed to purge the country of all hatred and crime by permitting it to take place – as a means of ridding society of all its ills. Guests will be at the mercy of their own luck and speed as they attempt to outlive and outsmart the anarchy.

This is the third house to be announced for the event at Universal Studios Hollywood, following “Stranger Things” and “Trick ‘r Treat.”

Check out the announcement video below:

Efteling celebrates its jubilee with an ‘Alice...