An all-new iteration of the “Horrors of Blumhouse” haunted house is coming to Halloween Horror Nights at Universal Orlando Resort and Universal Studios Hollywood. 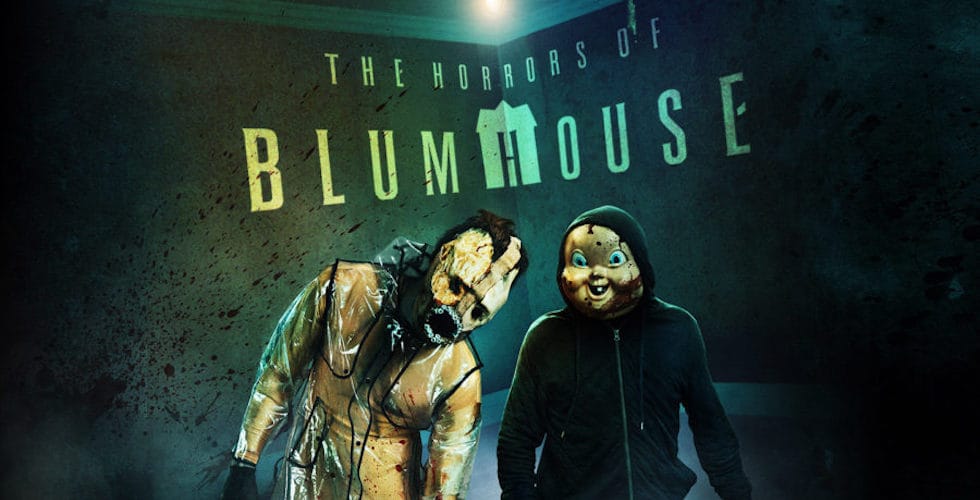 “Horrors of Blumhouse” is back at this year’s Halloween Horror Nights.

For Universal Orlando’s version of the maze, “Horrors of Blumhouse” features the films “Happy Death Day” and “The First Purge.” Guests will have to try their best to survive not only the Babyface Killer, but also the country’s very first Purge.

With “Happy Death Day,” guests will witness a college student trying to stop a bloodier version of “Groundhog Day,” as they relive her death over and over again. They’ll have to be brave in the face of an entity shrouded in black and wearing the mask of the college mascot.

In “The First Purge,” guests will travel back in time to when The Purge first came to be and how it changed the nation. As soon as the siren sounds, it’s every man for themselves. Guests will have to do their best to survive the night.

Over at Universal Studios Hollywood, their version of “Horrors of Blumhouse” will take on two other films come to life: “Truth or Dare” and “Unfriended.”

In “Truth or Dare,” a group of college students has accidentally unleashed an ancient curse, where they must play a never-ending game of Truth or Dare – but the stakes are life and death!

With “Unfriended,” guests will witness a chatroom session between high school friends turn into a gruesome nightmare. Exactly one year prior, their fellow student named Laura Barns committed suicide as a result of cyberbullying. When an unknown user takes control over Laura’s account, the group of friends try to expose the intruder’s identity. The user will force the friends to face their darkest secrets and expose their lies. Guests will have to make it out of this cyberspace hell alive.

This marks the ninth haunted house announcement for Universal Orlando Resort, which will be hosting a record 10 houses at this year’s event. “Horrors of Blumhouse” joins the likes of “Stranger Things,” “Poltergeist,” “Trick ‘r Treat” and more at this year’s Halloween Horror Nights on both coasts.

To learn more about this year’s Halloween Horror Nights at both Universal Orlando Resort and Universal Studios Hollywood, visit HalloweenHorrorNights.com.

Check out the house reveal video for “Horrors of Blumhouse” below: