After 13 years, Disney and video game fans alike were overjoyed this week when “Kingdom Hearts 3” finally released on PlayStation 4 and Xbox One. 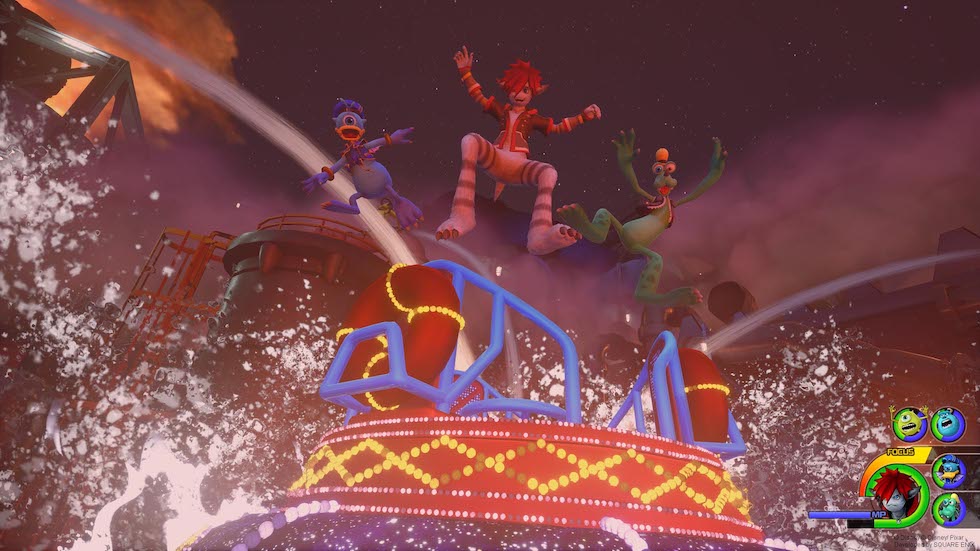 Experience some of your favorite Disney attractions in a brand-new way in Kingdom Hearts 3. Photo courtesy of KingdomHearts.com

To the surprise of many theme park fans out there, there are six special command reactions that are themed to classic Disney attractions!

Called “Attraction Flow,” this command system allows Sora to use elaborate attacks against enemies using various rides from the Disney parks, particularly Disneyland park. There are six different attacks that players can use randomly throughout Kingdom Hearts 3:

These commands are triggered randomly at certain points in battle and utilized by pressing the triangle button. Players only have a few seconds to select the command.

Check out our video of every Attraction Flow in Kingdom Hearts 3 below:

To learn more about Kingdom Hearts 3 and to pick up your own copy, visit KingdomHearts.com.

Mobile ordering gets a new look on My Disney Experience app