In Carlsbad, Calif. on Nov. 1st, Legoland’s LEGO Show Place Theater was showered with confetti and streamers as characters from “The Lego Movie,” Lego Friends, and other park entertainers danced around a seven-foot-tall cake made of 51,000 Lego bricks. 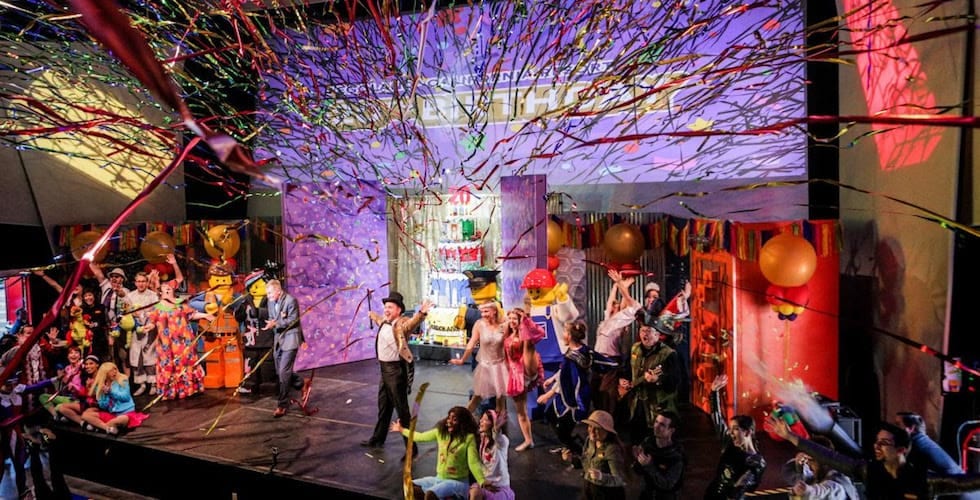 Legoland California Resort is celebrating its 20th birthday in 2019!

2019 marks the 20th anniversary of the opening of Legoland California Resort, and resort guests will have plenty to celebrate all year long.

“Having a chance to reflect on the last 20 years ahead of next year’s birthday celebration, it’s incredible to think about all we’ve accomplished during that time and the amount of kids we positively impacted through their experiences at the Resort,” said Ronchetti. “I’m excited to see what new adventures we take our guests on in the future as there are no creative boundaries holding us back in the Lego universe.” 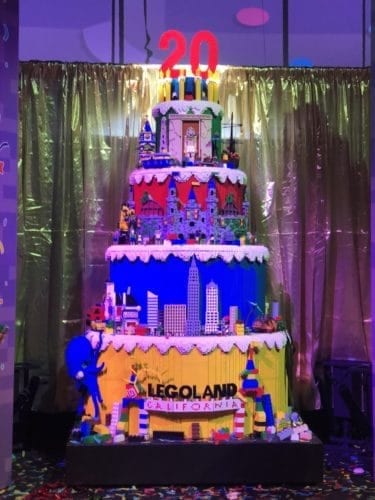 The festivities begin in February with the release of “The Lego Movie 2: The Second Part,” where the first Lego film’s heroes, Emmet (Chris Pratt) and Wyldstyle (Elizabeth Banks), must team up once again to save Bricksburg’s citizens from Lego Duplo space invaders.

Legoland California will celebrate the debut of the film with The Lego Movie Days, held on weekends from Feb. 16-17 and 23-24. The event will include a themed scavenger hunt, a Lego build activity inspired by the film, and photo ops with costumed characters from the movie. Plus, an exclusive attraction will be coming to the park next year to coincide with the movie’s opening in February – more details to come in the future.

Next year will also bring updates to the popular Duplo Playtown, an interactive play area for Legoland’s youngest guests, with a new location in one of the most picturesque areas of the park and a rejuvenated Legoland Express train for toddlers and their families.

Also arriving in time for spring break 2019 will be a brand new Lego Friends Live Show and Character Dance Party at the Miniland Stage, where families will be invited to sing, dance, and interact with their favorite Legoland characters.

As the icing on the cake, one final gift was announced for Legoland California Resort guests: starting in January, kids ages 12 and under will receive free admission to the park on their birthday! For more information on this offer, visit Legoland.com/Birthday.

All new additions and events are included in the cost of admission to Legoland California Resort. For ticket prices, operating schedule and additional information, visit www.Legoland.com/California or call 760-918-Lego.

Check out our video of Legoland’s birthday announcement below:

PHOTOS: Toy Story Land decked out for the holidays