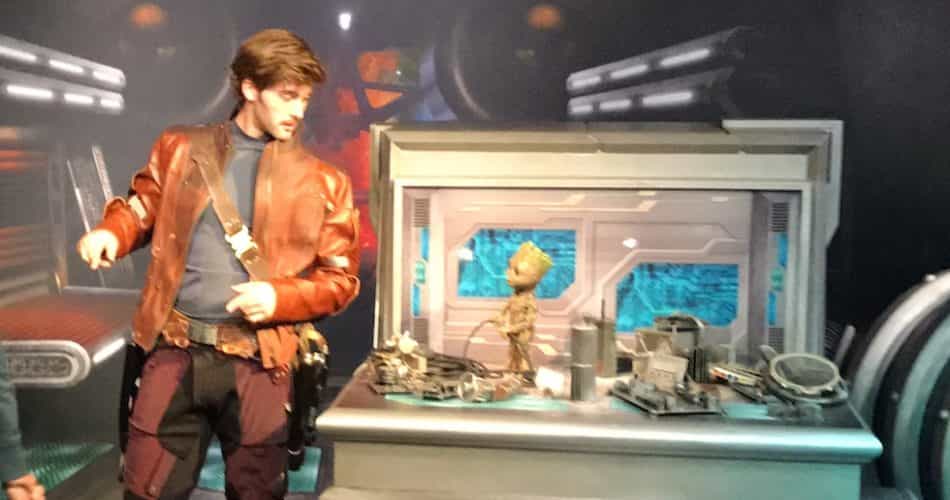 It may just be the cutest character meet in Disney history. Star-Lord, AKA Peter Quill, and Groot from Guardians of the Galaxy are now meeting at Disney’s Hollywood Studios. But it’s not the huge tree-like Groot. It’s the cute twig-like baby Groot. I am Groot!

The meet and greet is located in the back of One Man’s Dream, where Moana met guests for a few months. (Moana isn’t currently meeting anywhere at Walt Disney World.) Groot will also be meeting guests at Disney California Adventure this summer as part of the opening of the Guardians of the Galaxy – Mission Breakout ride and the Summer of Heroes.

Here’s a video of Earthlings meeting the galactic pair:

This is Groot’s first appearance in the theme parks, but not Star-Lord’s. Here’s video of he and Gamora meeting guests at Disney’s Hollywood Studios during the Villains Unleashed event on Aug. 23, 2014:

Read our reviews of Guardians of the Galaxy Vol. 2 here. After you’ve seen the movie, read our breakdown of the five end credit scenes.

Out of the Loop: Lego memorial, Disney...