Nomadic, VRWERX, and Paramount Pictures have partnered to offer the opportunity — if you choose to accept it — to follow in Ethan Hunt’s footsteps by playing the first virtual reality experience based on the Mission: Impossible film franchise. 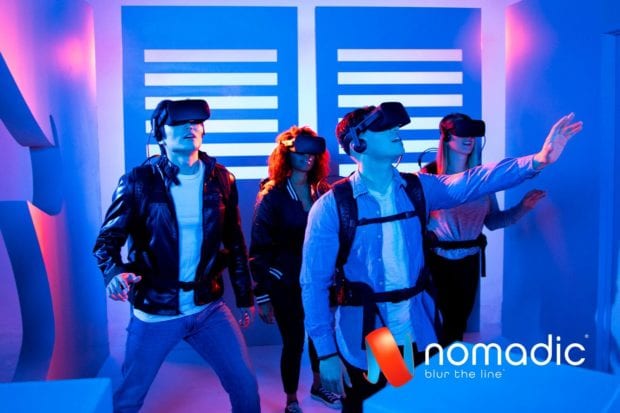 Nomadic is opening a Mission: Impossible virtual reality game at their first location in Orlando.

The Mission: Impossible virtual reality experience will debut in select markets around the world, including Nomadic’s new Orlando location, which is scheduled to open at Pointe Orlando in early December. Founded by veterans of the film, gaming, motion tracking and retail sectors, Nomadic’s walk-around VR experiences blur the line between ‘virtual’ and ‘reality’ by incorporating physical props, set design and environmental effects into story-driven VR content.

VRWERX, a leading VR publisher and developer focused on VR Gaming and other 360 experiences, created Paranormal Activity: The Lost Soul VR Game, based on the Paramount Pictures’ film franchise. VRWERX previously announced they had commenced development of a VR game inspired by the Mission: Impossible franchise and this new tactile location-based experience will complement the full VR game that will be released in the next year.

“Introducing the Nomadic and VRWERX tactile Mission: Impossible VR walk-around experience marks the next generation of location-based entertainment,” said Doug Griffin, CEO and founder of Nomadic. “We’re thrilled to work with VRWERX and Paramount to bring this beloved franchise to a new form of entertainment.”

“We’re excited to work with the fantastic Nomadic team to bring our Mission: Impossible VR to their revolutionary platform”, said Alex Barder, VRWERX Co-Managing Partner. “With Nomadic, we’ll not only enable the audience to be immersed in the Mission: Impossible world, they will also be able to touch and play inside of it, heightening their immersion to levels we’ve never seen before.”

“Paramount is committed to providing new ways for audiences to interact with our iconic film franchises,” said Josh Austin, SVP of WW Licensing & Interactive for Paramount Pictures. “We look forward to working with VRWERX and Nomadic to enable fans to test their skills as an IMF agent within the exciting Mission: Impossible universe.” 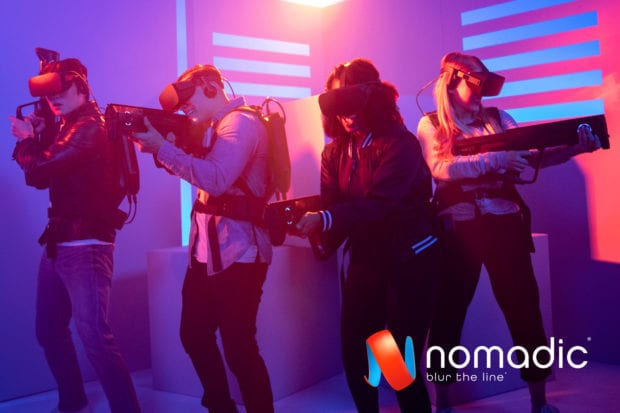 For more information about Nomadic, visit blurtheline.com and watch these videos for other Orlando virtual reality adventures:

In The Game arcade now open at Icon...

The Attractions Show – Turtle Reef at...