Coming in the near future, a Star Wars themed hotel experience will open up right outside of Disney’s Hollywood Studios. While we still have plenty of details to learn about this upcoming resort, today we received some new looks into this resort. 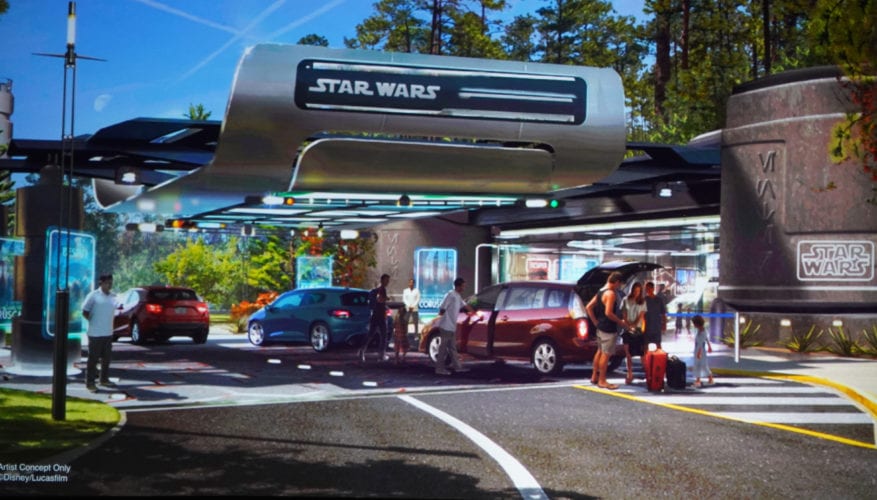 A look at concept art of the entrance to the Star Wars-themed hotel.

The names for the two attractions in Star Wars: Galaxy’s Edge were revealed, as well as a plethora of new details about Epcot and Disney’s Hollywood Studios. 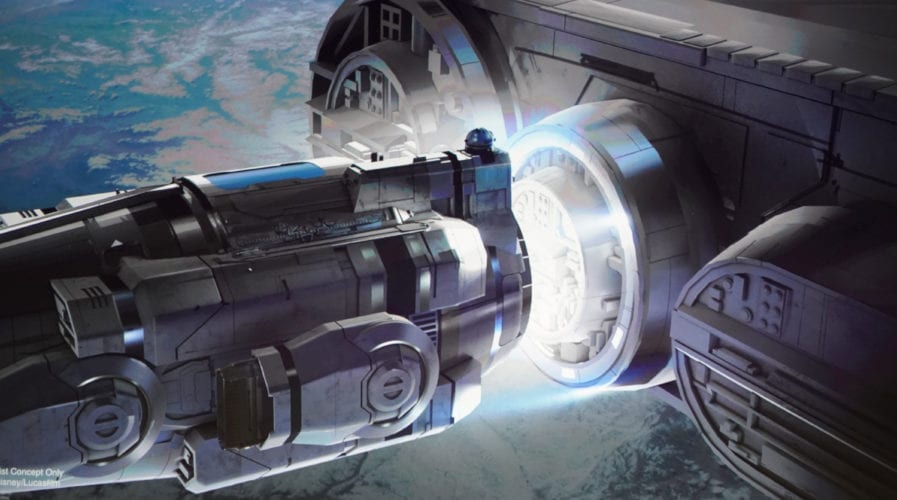 Guests coming to this resort will need to take a pod to a luxury starship. This will be the beginning of their multi-day hotel experience. It appears that R2-D2 is piloting the pod, so perhaps guests will see him rolling around the ship during their stay as well. 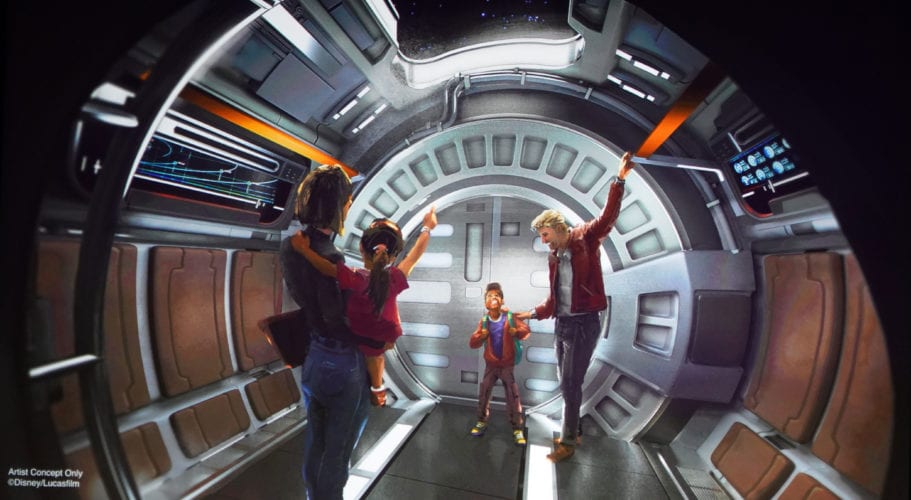 The pod appears to be the first true interaction with the Star Wars universe that guests will have upon entering the resort hotel. This pod will shuttle them to their resort in the stars as their experience begins. 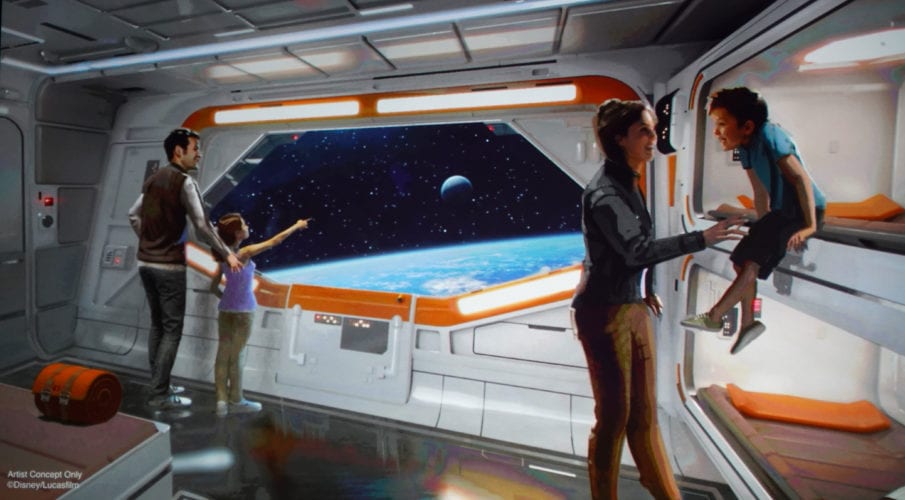 Guests will be fully immersed in the Star Wars universe, complete with a picturesque lookout from their room into the star fields of space. 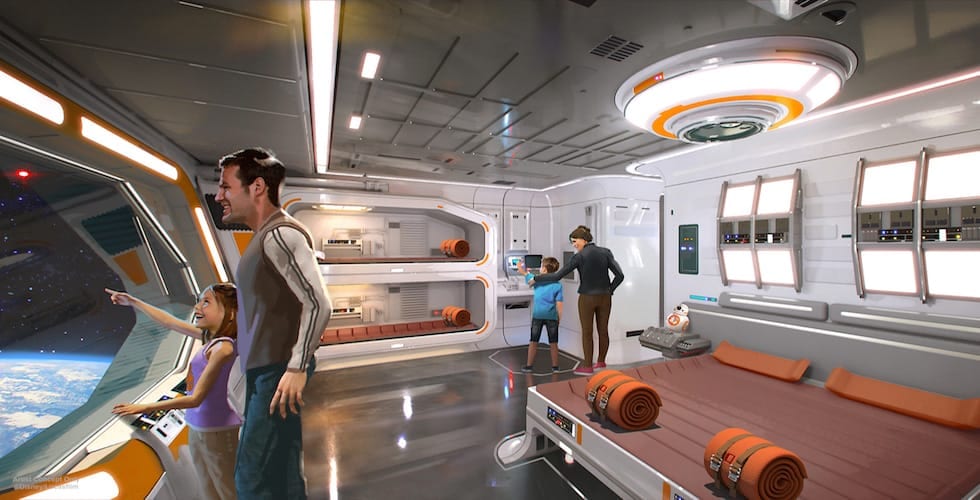 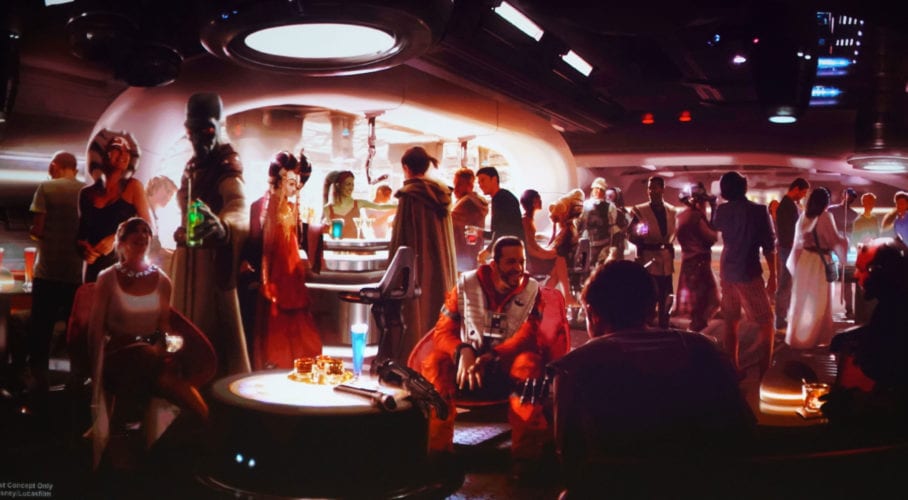 The immersion continues, with every aspect of the resort being built to take guests into the storyline of Star Wars.

Along with the release of the new hotel details and the names of the Star Wars: Galaxy’s Edge attractions, Disney also released the official theme song of the land, masterfully crafted by John Williams himself.

Stay tuned to our website for more updates on all things Star Wars coming to Walt Disney World Resort.

Only at Disney will you be able to achieve a true star wars experience. Well done Disney like all ways….

I collect Star Wars since it came out. I’m there!