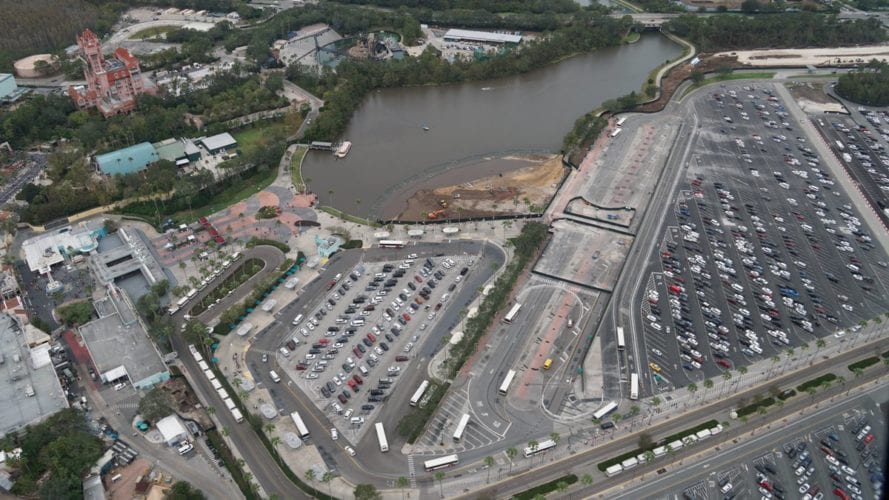 Construction is happening all over the Walt Disney World Resort. Progress is being made on Toy Story Land, the Disney Skyliner gondolas, a new hotel and multiple projects at Disney Springs. This photo report, with shots provided by our contributor, @bioreconstruct on Twitter, checks out the current progress on all of these projects. 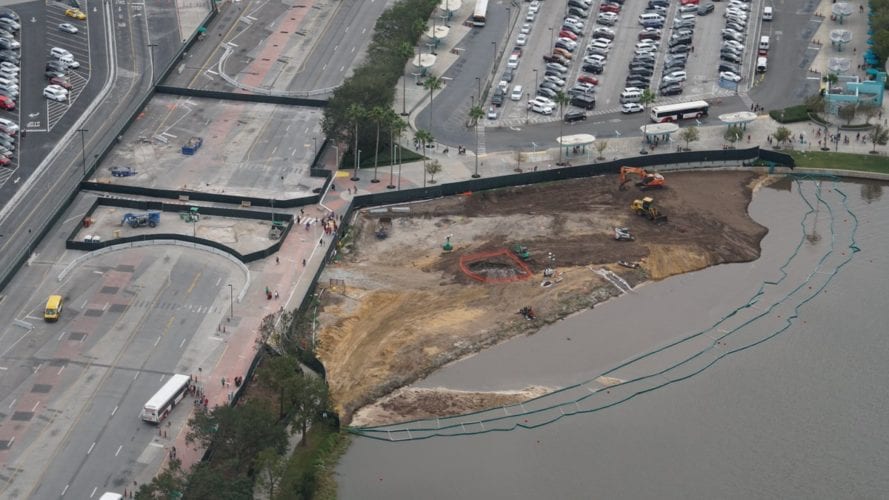 Dirt is being prepped for a foundation area for the Skyliner gondola station at Disney’s Hollywood Studios. 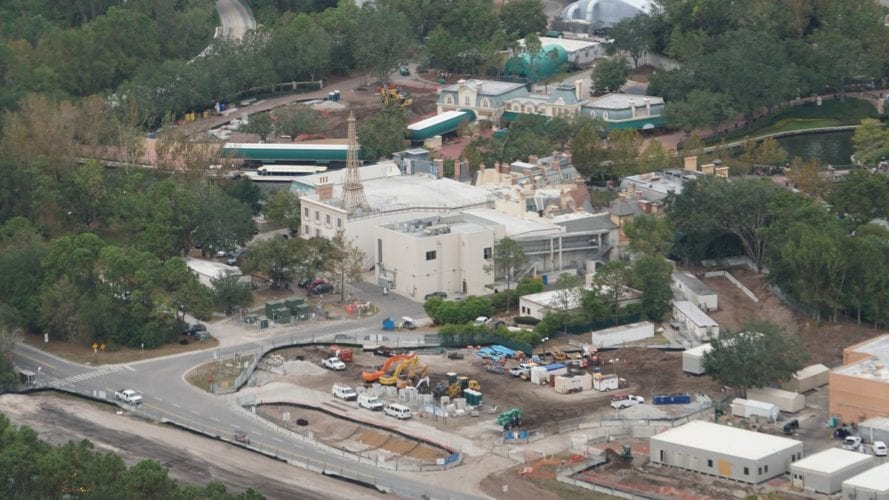 Over at Epcot, you can see the Ratatouille ride construction in the foreground. In the background is construction on the Epcot Skyliner gondola station. 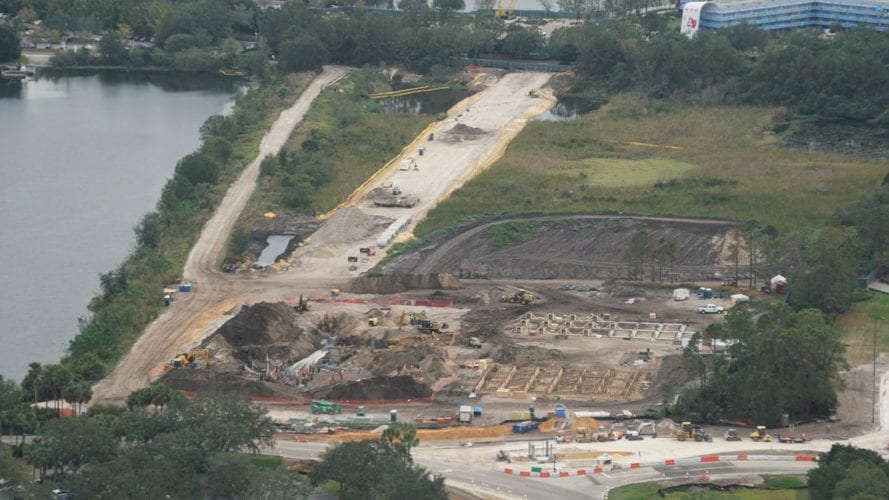 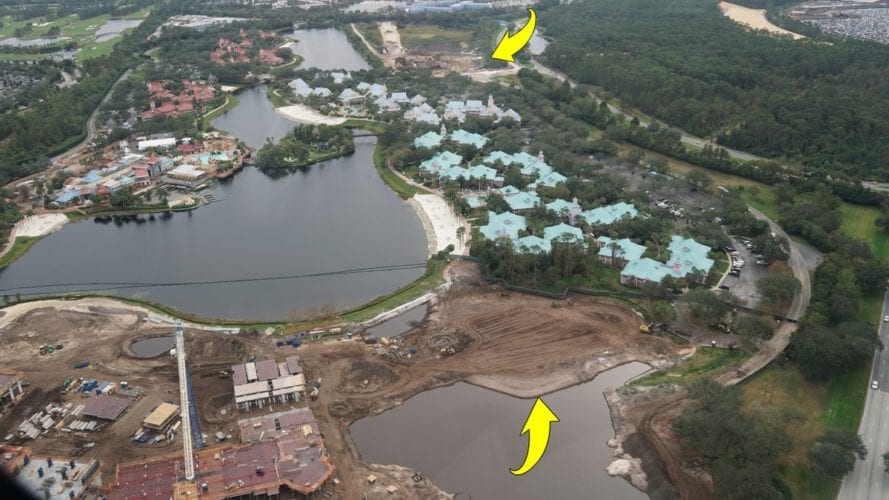 The top arrow shows the central hub for the Skyliner gondolas at Disney’s Caribbean Beach Resort. The bottom arrow shows another station at the under construction Riviera Resort. 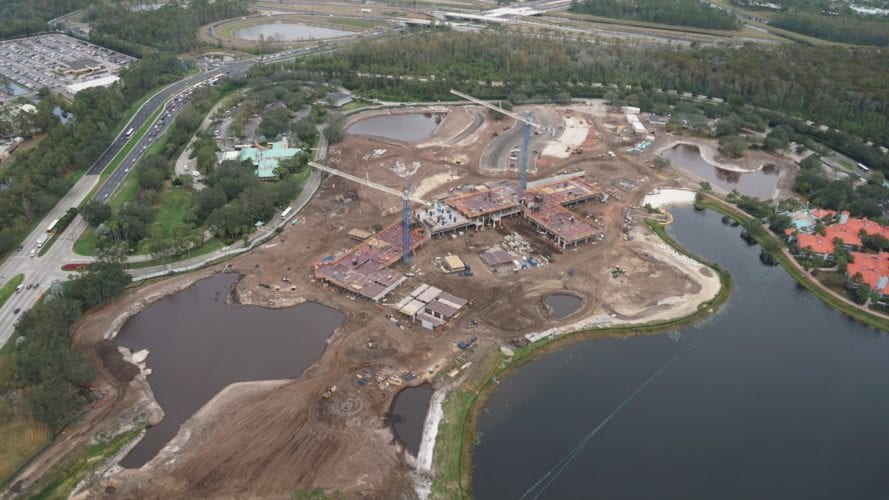 The Riviera Resort will be the 15th Disney Vacation Club Resort, with an expected opening date of fall 2019. 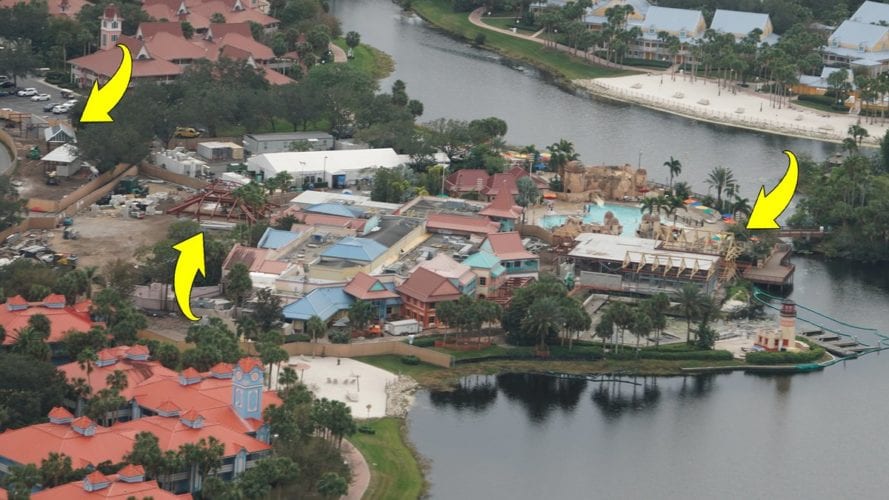 Work is happening at Old Port Royale and Town Center at Disney’s Caribbean Beach Resort. New concept photos of the construction were released as part of 12 Days of Disney Parks Christmas. 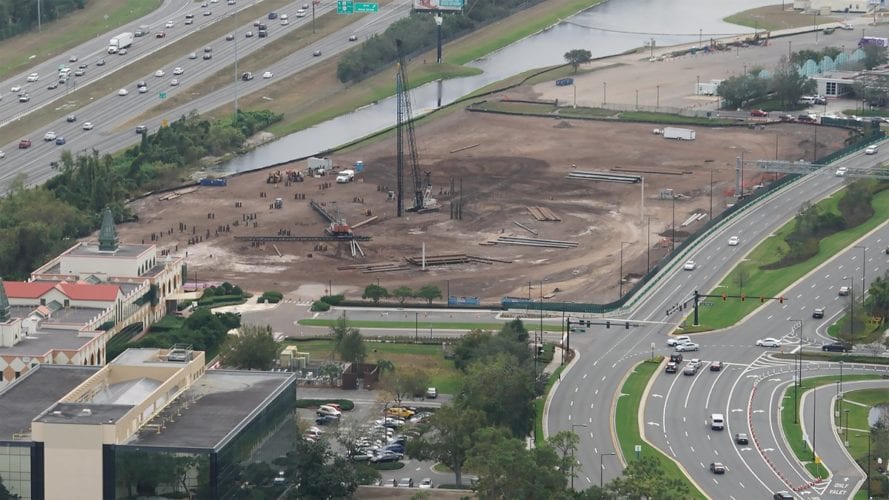 Next we see that pilings have begun to be driven into the ground at Disney Springs for a third parking garage across the street from the other two. 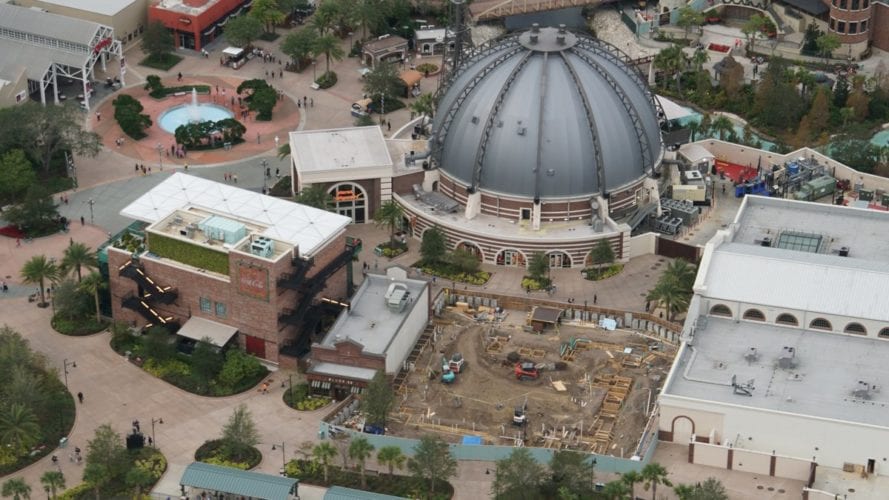 Foundations have begun for the new Wolf Gang Puck restaurant at Disney Springs. It is expected to open next year along with numerous other new restaurants. 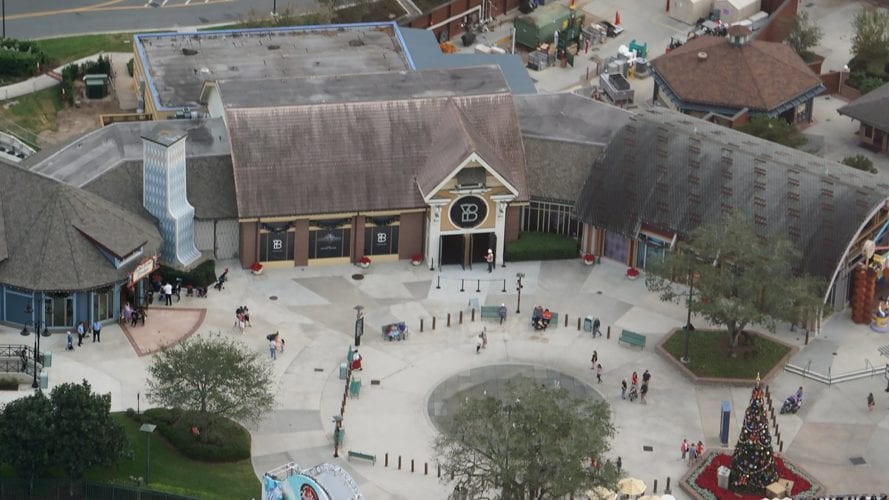 The Void VR experience center is practically finished as a construction worker checks out the interior. This new attraction at Disney Springs will feature a Star Wars VR adventure. The opening date for Star Wars: Secrets of the Empire is next Saturday, Dec. 16. 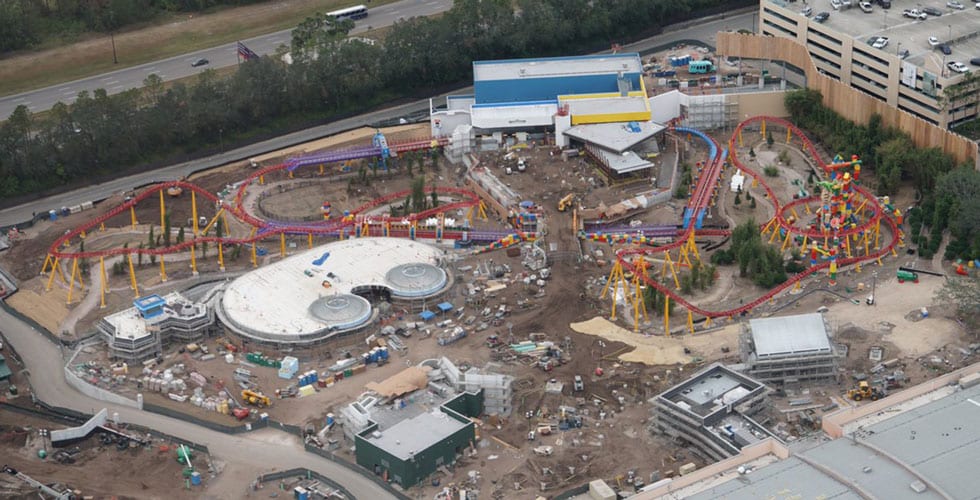 Back at Disney’s Hollywood Studios, Toy Story Land is making great progress on both of its attractions. 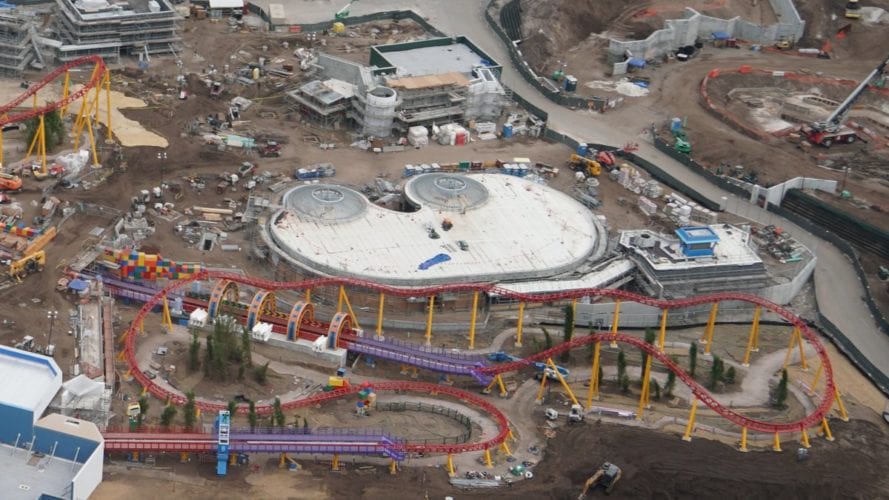 The ride in the center is Alien Swirling Saucers, and the building right above it will be a quick service restaurant named Woody’s Lunch Box. 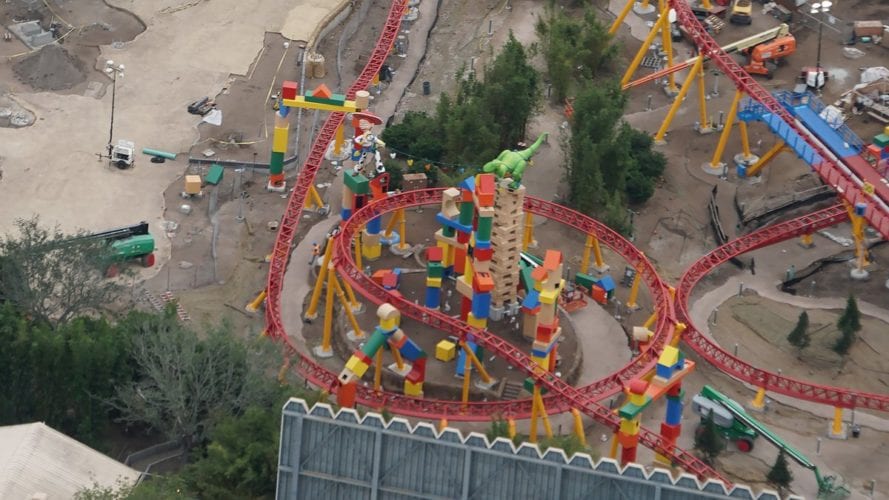 Lastly we look closer at the Slinky Dog Dash roller coaster to see Jessie and Rex have been added atop the ride decorations. Check our YouTube channel and below for more videos about Toy Story Land, the Disney Skyliner gondolas, and what is coming next.

Out of the Loop: Cedar Point's Demon...