USA Network has brought The Purge to San Diego Comic-Con this year with an immersive Party City-style store and panel for the upcoming television series, “The Purge.” 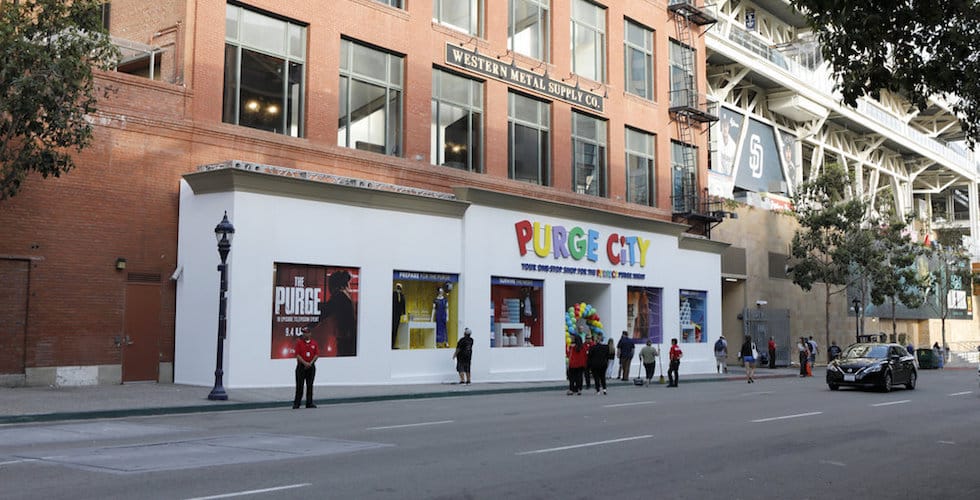 Stock up for Purge Night at “Purge City,” a limited-time pop-up shop.

Based on the film franchise, this series will make its debut on USA Tuesday, Sept. 4 at 10/9c. 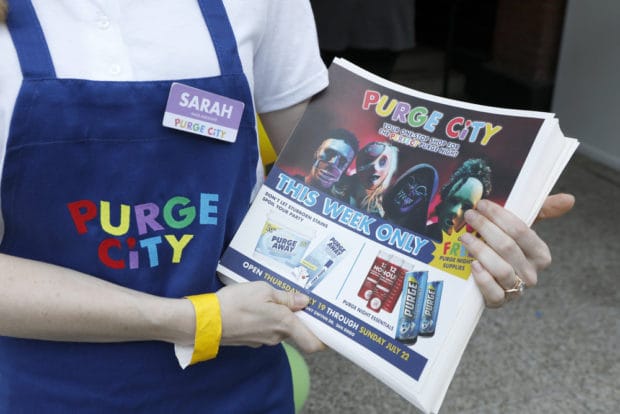 To promote this new series, USA has opened the doors to America’s first “Purge City” store, an immersive, tongue-in-cheek experience that transports fans to the world of “The Purge.” 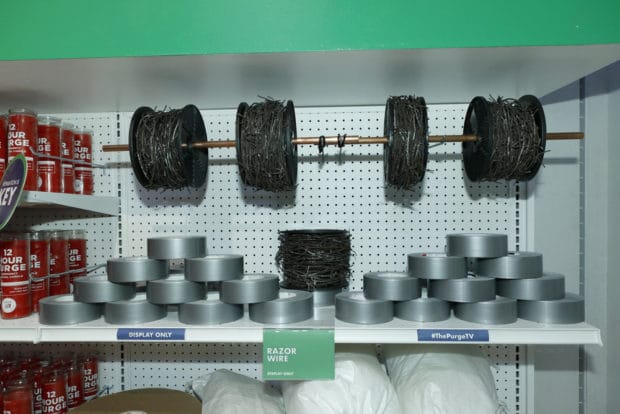 If you needed to stock up on razor wire in bulk, now’s your chance.

Fans can pick up items to make their Purge Night perfect, and friendly “Purge City” staff members are on hand to help them browse the aisles filled with supplies from emergency candles and masks to energy drinks and baseball bats – all to help keep citizens safe during the 12 hours of the annual event.

Horror fans: Get a glimpse inside #ThePurge store at #SDCC2018. More on the #ComicCon activations here: https://t.co/p4w5Szp2Hn pic.twitter.com/ng1B7DpeNf 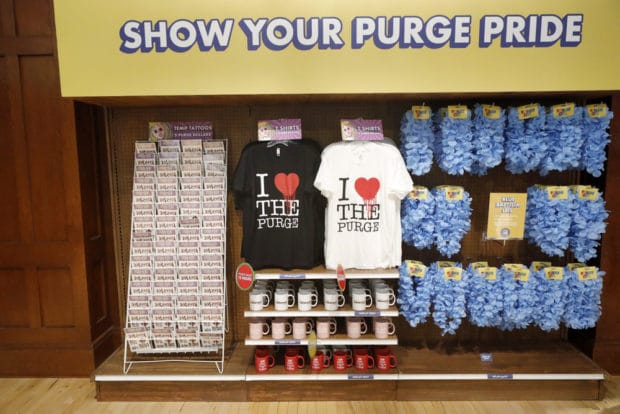 Show your Purge pride with these fun souvenirs!

Guests can also enjoy Purge photo-ops and browse an area dedicated to the political rise of the New Founding Fathers of America. 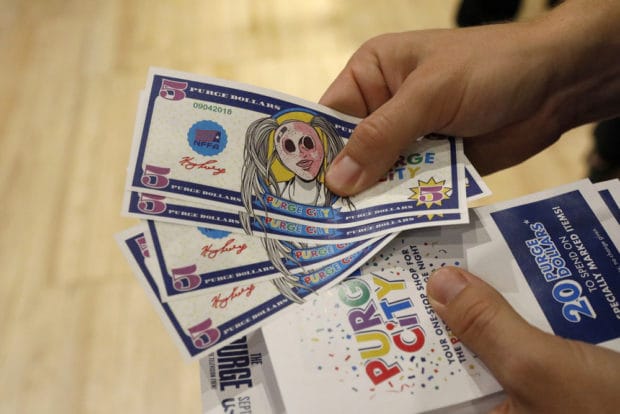 On Saturday, July 21 from 5:15 – 6:15 p.m. in Room 6BCF at the San Diego Convention Center, producer Jason Blum and the creators of the film franchise will come together for a special panel that gives a look at how they’re expanding “The Purge” universe into television. Cast members from both the new feature film “The First Purge” and the upcoming series will also attend to give their own perspectives.

You can also experience “The First Purge” for yourself at this year’s Halloween Horror Nights at Universal Studios Hollywood.

Check out our review for “The First Purge” here, and watch the trailer for the new film below:

i really wanna go…. do you guys have any masks and costuems ? for sale.