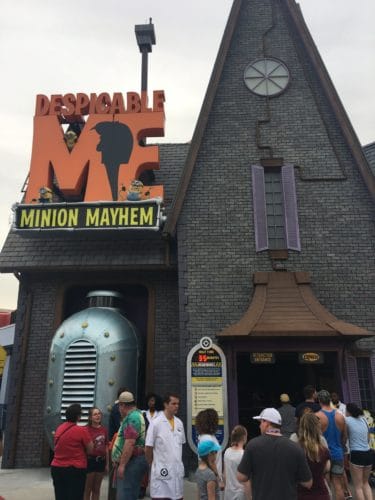 Virtual queues are coming to Universal Orlando, and you can test them now at Despicable Me Minion Mayhem.

With the announcement of an April 6 opening date for Race Through New York Starring Jimmy Fallon, Universal Orlando confirmed they will be using a new virtual queue system for the attraction, replacing the standard standby queue with timed return tickets. Right now, you can get a glimpse of what that may look like, as Universal Studios Florida has begun testing a new Despicable Me Minion Mayhem virtual queue system.

Universal’s Despicable Me Minion Mayhem virtual queue test, which is currently expected to last about two weeks, allows guests to reserve a free time slot to return to the attraction for expedited boarding. The return time can be reserved in person, using a touchscreen kiosk located outside the ride that dispenses paper tickets, or through the official Universal Orlando smartphone app. 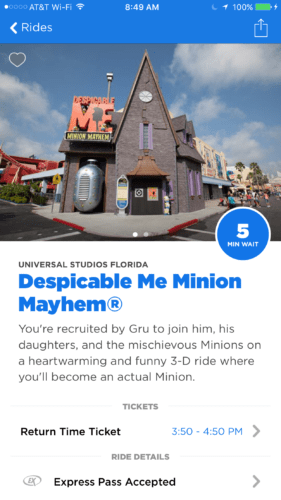 Return times must be reserved on the same day (you can’t book days in advance like Disney’s FastPass+) but at this time you don’t have to be inside the park or have an active admission ticket to reserve via the app. The ability to book return times in the app may disappear during the day, so don’t depend on being able to use it during this test. 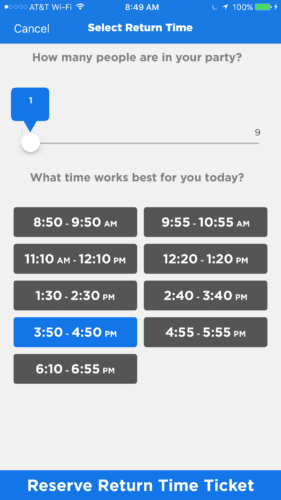 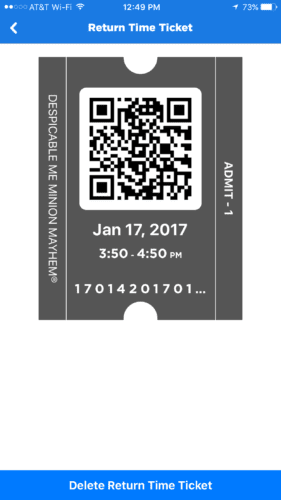 During the initial day of Despicable Me Minion Mayhem virtual queue testing, return times were optional and the standby queue remained open. Guests with paper or virtual return tickets were being admitted through the Universal Express entrance, along with guests who had purchased Express or received it with their hotel room.

However, as of the second day of testing the standby entrance was closed. Only guests with a return time ticket or Universal Express pass were allowed to enter. An additional entrance was available for guests wanting to stationary seating, and Attraction Assistance Passes and Guest Assistance Passes are still being honored for visitors with disabilities. 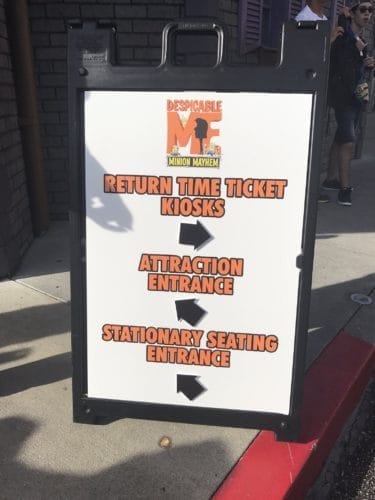 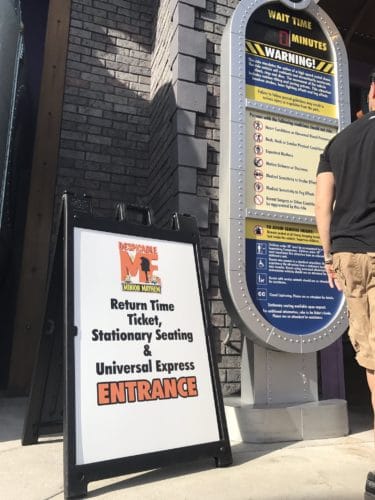 In this reporter’s experience, using a virtual return ticket cut the wait from the posted 30 minutes down to less than five, but this was on a day of low attendance; Despicable Me typically draws at least an hour wait, and it’s unclear how the virtual queue would handle such a crowd.

This Despicable Me Minion Mayhem virtual queue test isn’t Universal’s first experiment with the concept. Late last year, the park made a short-lived demonstration of a nearly identical system at the neighboring Shrek 4-D attraction. 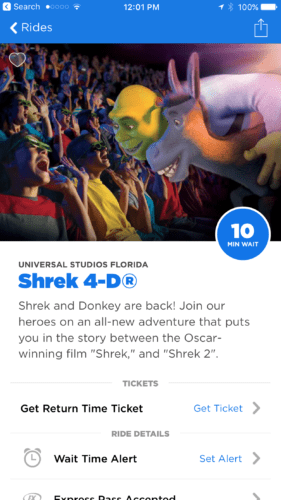 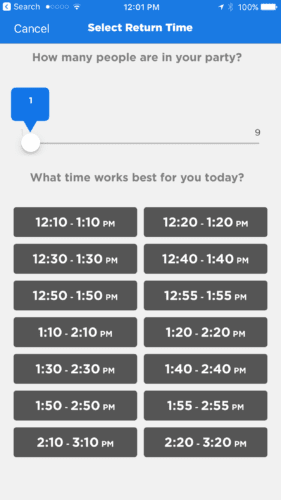 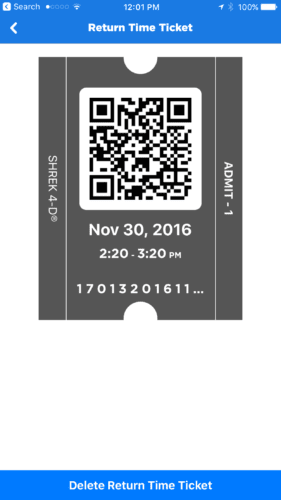 And over at Islands of Adventure, Camp Jurassic has been using paper return tickets to manage attendance at Pteranodon Flyers (an ultra-low-capacity kiddie coaster-type ride), closing off the ride’s standby entrance entirely on busy days. 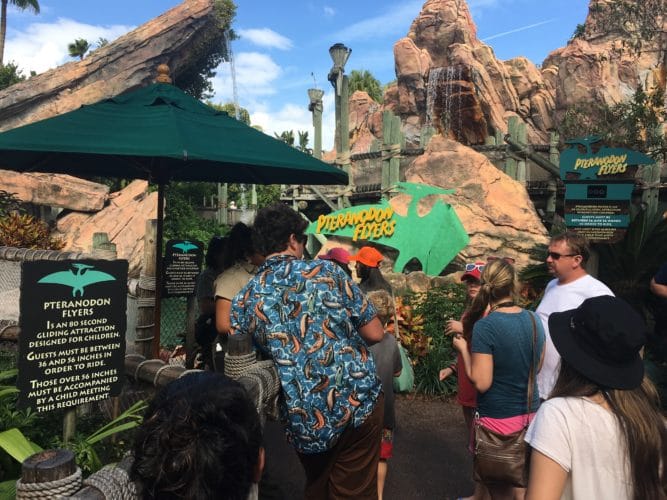 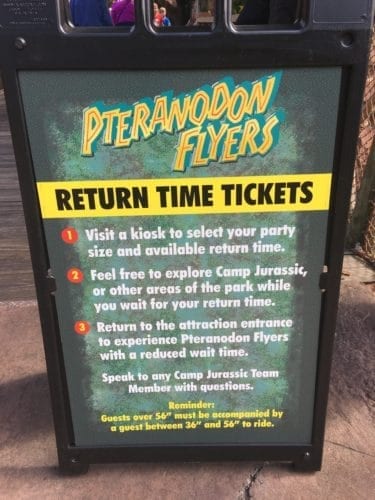 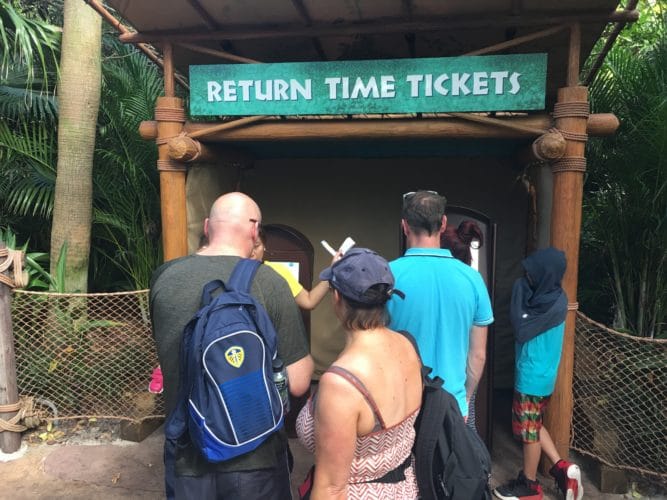 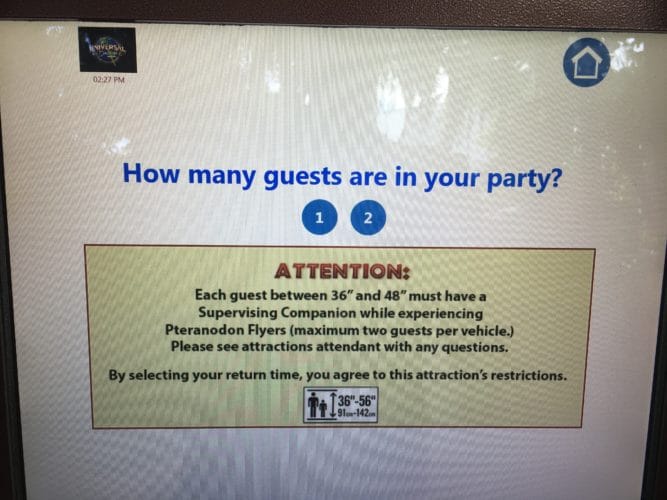 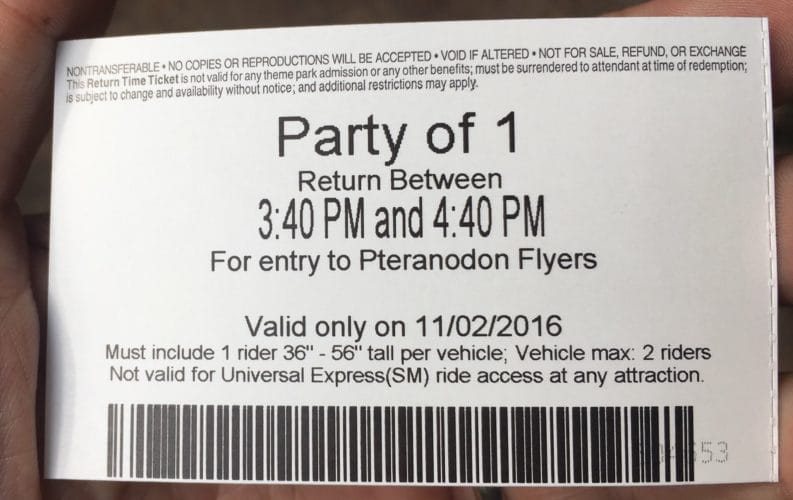 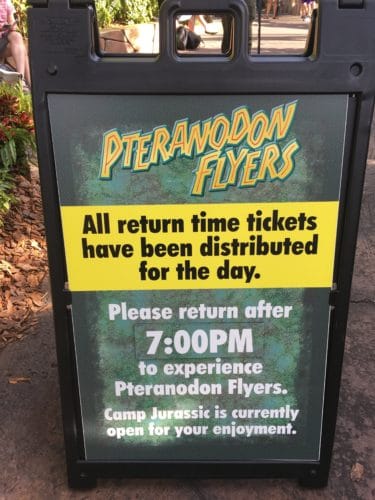 Here are some of our videos of Despicable Me Minion Mayhem:

So does this mean that guests are unable to ride more than once a day?

This sounds somewhat similar to the Q-bot (U-bot). Is that (for-purchase) option still available?

Go inside the Scare Zones of Halloween...