I’ve been so excited to watch “Captain Marvel”, and I wasn’t let down per se, but it definitely didn’t seem to stick out to me as anything too special. 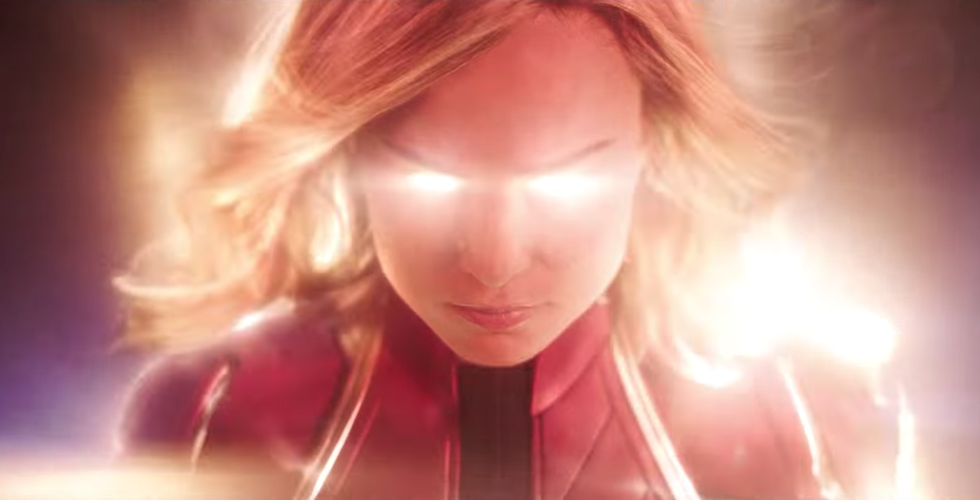 The characters, especially the title character herself, are all great. The plot is sound. But there wasn’t anything that really stuck out to me as different than any other superhero origin story, other than it’s finally a female lead.

The film for the most part didn’t make a huge deal out of the fact that Captain Marvel is a woman, except for a few times, which I feel the film could’ve done without. I love that there’s a female leading a Marvel film and little girls have someone amazing to look up to, and that she’s potentially the most powerful superhero yet – I just wish they would just show us instead of telling us.

It’s hard to describe the plot of Captain Marvel without spoiling anything. There’s a war between two alien races: the Kree and the Skrulls. A woman from Earth named Carol Danvers (Brie Larson) somehow finds herself in the middle of this war, while also losing her memory of the time before she was thrust into this situation. She ends up back on Earth and figures out that the key to ending the war lies in her past.

The film gives us more time than we’ve ever had with Nick Fury (Samuel L. Jackson), which is fantastic. We even find out how the character lost his eye and came to be the brooding director we’ve seen in the other films.

“Captain Marvel” also highlights different alien races; one being the shapeshifting Skrulls, and the other being the Kree, a race we’ve seen before in “Guardians of the Galaxy”. The Marvel Cinematic Universe is a huge place, and everything is finally being meshed together.

Even if it’s not my favorite Marvel movie, I came out of the theater knowing that Thanos has a tough fight ahead of him once Carol Danvers catches wind of the ‘ol snapperoo he pulled in “Avengers: Infinity War”.

In the Parks: Captain Marvel is now meeting and soaring overhead. Guests aboard the Disney Cruise Line can meet her during Marvel Day at Sea, as well as see her in the high-energy deck show, “Marvel Heroes Unite”.

Guests visiting Shanghai Disneyland, Disneyland Paris, and Disney California Adventure will soon be able to meet her for a limited time. Unfortunately, Captain Marvel will not be visiting Walt Disney World any time soon.

Uniqlo to open new location at The Florida Mall this fall

That’s a bogus review! This clearly shows that fans like you are brainwashed into thinking that wokeness makes a movie better, when in reality, it doesn’t! AT ALL! You really need to wake up and realize that you’re supporting this horrendous garbage Hollywood, especially Disney, had been churning out every single year!

A plea for a Snow White castle ...