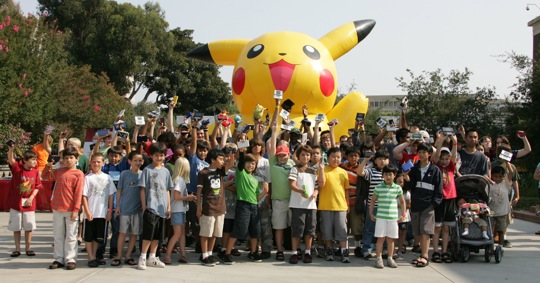 The 2008 Pokémon Trading Card Game World Championships as well as the first-ever Pokémon Video Game Showdown will take place this weekend at the Hilton near Downtown Disney.

The Pokémon Video Game Showdown will feature 64 of the most talented players from the U.S. and Japan competing in two different age divisions. U.S. qualifiers were selected from two regional tournaments held in Los Angeles and New York on July 12 and July 19, respectively. More than 1,000 players from ages 6 to 43 came from all over the country to battle playing Pokémon Diamond or Pokémon Pearl for the opportunity to compete against the best players from Japan. Participants will strive for the chance to call themselves a champion and win a grand prize that includes a six-day vacation package for four to New York City, Honolulu, or Tokyo. Runners up will win custom Nintendo DS game systems and special Pokémon prize packs.

The 2008 Pokémon Trading Card Game World Championships follow a record-setting U.S. National Championships in June, which drew nearly 1,000 competitors. Hundreds of players from nearly 30 countries will compete in the invite-only event for the title of Pokémon TCG World Champion. The top 32 winners in each of the three age divisions will be awarded various Pokémon prizes and merchandise, including scholarship awards worth more than $100,000.

The Pokémon animated series is broadcast in more than 30 countries in over 25 languages. Nintendo’s Pokémon Diamond and Pokémon Pearl games sold more than one million copies in the first five days and more than 14 million copies since their launch. The Pokémon Trading Card Game is the number one collectible trading card game and boasts more than 80,000 organized play members.

Here’s a look at the qualifying round in L.A. 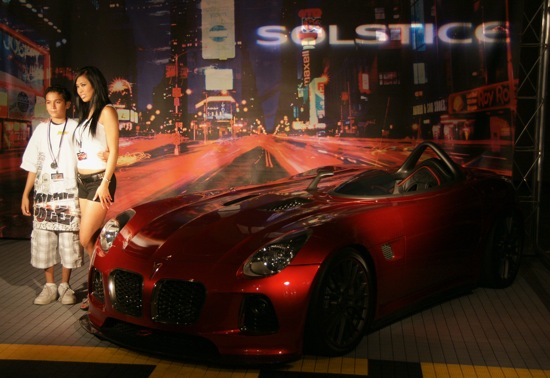 We had a chance to attend the Hot Import Nights show this past Saturday night at the Orange County Convention Center. There were plenty of cars, booth babes and loud music.

Hot Import Nights is the country’s largest touring automotive lifestyle event and one of the leading influencers in the sport compact car market. In addition to the dazzling display of numerous customized show cars, the pop culture experience also featured live music and dance performances in a lights-out, nightclub atmosphere. Guests were treated to product displays from sponsors such as Boost Mobile, NOS Energy Drink, The Army National Guard, Pioneer, Envizio, Bridgestone, GM Tuner Source and more. The touring festival boasts 21 shows in the U.S., attended by almost half a million auto enthusiasts.

Visit our Photo Gallery for more than 60 pictures from the event. Also look for a video on our Videos page.

For more information on HIN, visit their Web site at www.hotimportnights.com 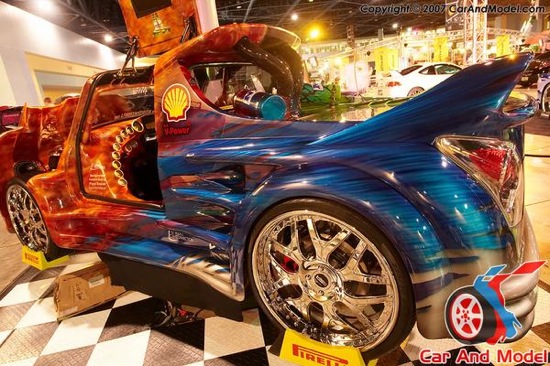 Orlando will get to experience the glamorous lifestyle of real-life speed racers at the country’s largest and most unique touring automotive lifestyle event series, Boost Mobile Hot Import Nights (HIN), from 5 p.m. to midnight this Saturday at the Orange County Convention Center

HIN Orlando will mark the seventh stop on HIN Events’ 12-city 2008 tour. More than 10,000 automotive and entertainment enthusiasts are expected to attend. The female rap artist and Miami native Trina will perform.

The show will feature almost 500 tricked out vehicles totaling over $20 million in value, ranging from Japanese to Euro and from high-end luxury to wild and exotic, and boasting the latest in aftermarket trends, tech gadgets and tuned performance.

Attractions Magazine will be there covering the night with pictures and video. Check our blog next week for our report.

Tickets are $30. All ages are welcome, with a PG-13 warning. Visit www.hotimportnights.com for more information or to pre-purchase tickets. (Preorder online for $5 off) 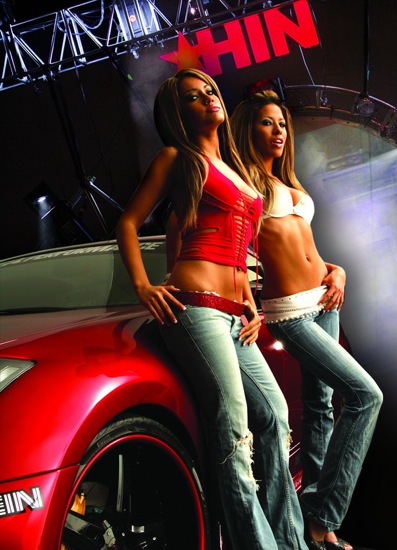 I had a chance to spend most of the day at Universal Studios yesterday with some friends. Here are some of the new and interesting things I saw … END_OF_DOCUMENT_TOKEN_TO_BE_REPLACED