Ninety years after it was all started by a mouse, Disney Parks around the world are prepping for the biggest Mouse Party ever for Mickey Mouse’s 90th anniversary! 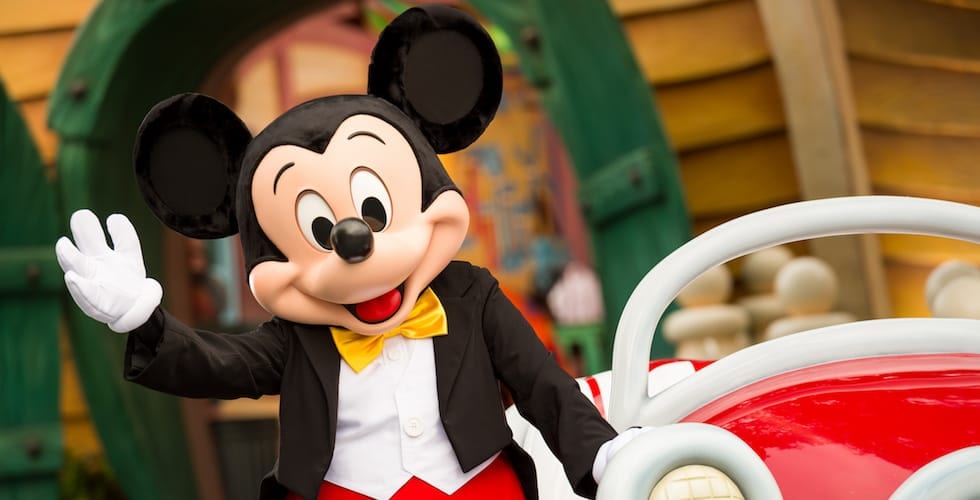 Celebrate the 90th anniversary of Mickey Mouse this fall at the Disney Parks.

Mickey’s birthday celebration will span across the six global Disney Parks and aboard the Disney Cruise Line, along with a special interactive art exhibit in New York City and previously announced events as part of the World’s Biggest Mouse Party.

Walt Disney World will celebrate Mickey’s birthday from Nov. 16-18 with special merchandise, food and beverage items, and the chance to celebrate at Magic Kingdom during the “Move It! Shake It! Dance & Play It!” Street Party.

Sing “Happy Birthday” with the Dapper Dans on Main Street, U.S.A., and dance all night during a birthday dance party at Rockettower Plaza Stage in Tomorrowland. The fun will continue in 2019 when the World’s Biggest Mouse Party comes to the resort.

Disneyland will host a special celebration cavalcade on Nov. 18, featuring some of Mickey’s friends and the Disneyland Band, starting at “it’s a small world” and pausing in front of Sleeping Beauty Castle before heading down to Town Square.

The party will continue when the World’s Biggest Mouse Party arrives in 2019.

Shanghai Disney Resort will be the first of the Disney Parks to kick off the World’s Biggest Mouse Party with a brand-new Mickey-themed float at the Shanghai Tourism Festival opening ceremony on Sept. 15.

A giant birthday card will be installed next to the “Storytellers” statue at Shanghai Disneyland, featuring birthday wishes from all of Mickey’s best pals. From Nov. 16-18, guests can enjoy special food and beverage options and the chance to sing “Happy Birthday” to Mickey just before the nighttime spectacular each night – all leading up to a nighttime birthday spectacular at the Enchanted Storybook Castle on Nov. 18.

Disneyland Paris will celebrate the World’s Biggest Mouse Party this fall and winter with new holiday entertainment and a few surprises.

Tokyo Disney will take part in the fun with special decorations throughout the park, as well as special merchandise.

The Disney Cruise Line will join the fun on the high seas when the World’s Biggest Mouse Party arrives in 2019.

A horse walked in to a bar. The bartender asked why the long face. He replied. I am the last of my kind.