Photo Update: Universal Orlando and I-Drive construction photos from above

Whether it be Halloween Horror Nights, the upcoming changes to The Wizarding World of Harry Potter, or expansions to Volcano Bay, Universal Orlando is doing quite a lot.

Here’s a look at current construction and future expansion at Universal Orlando and International Drive, thanks to photographer Don Gworek. 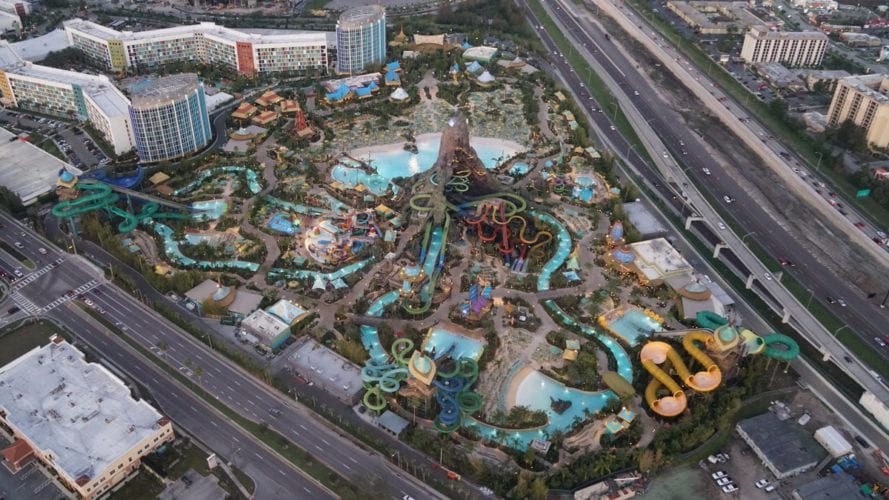 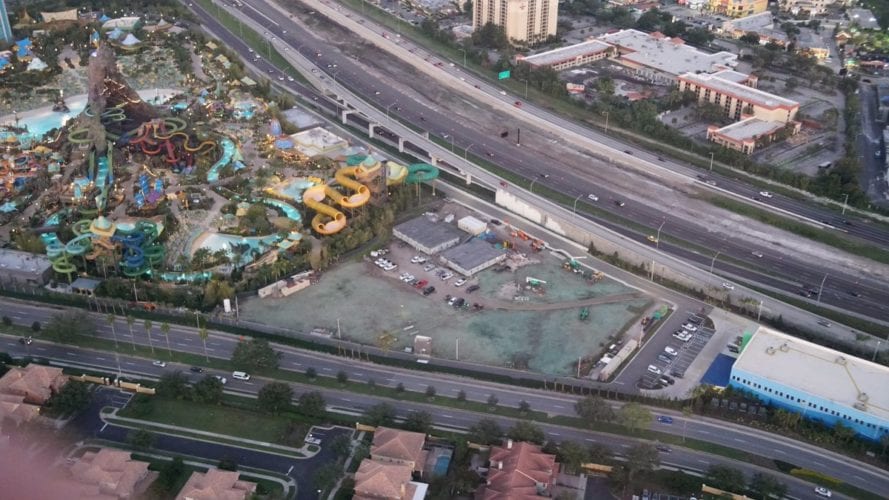 Over at Volcano Bay the expansion progress continues with what appears to be seeding for grass. Its not yet know exactly when the expansion will finish, or what to expect, so perhaps for now they just want to beautify the area. 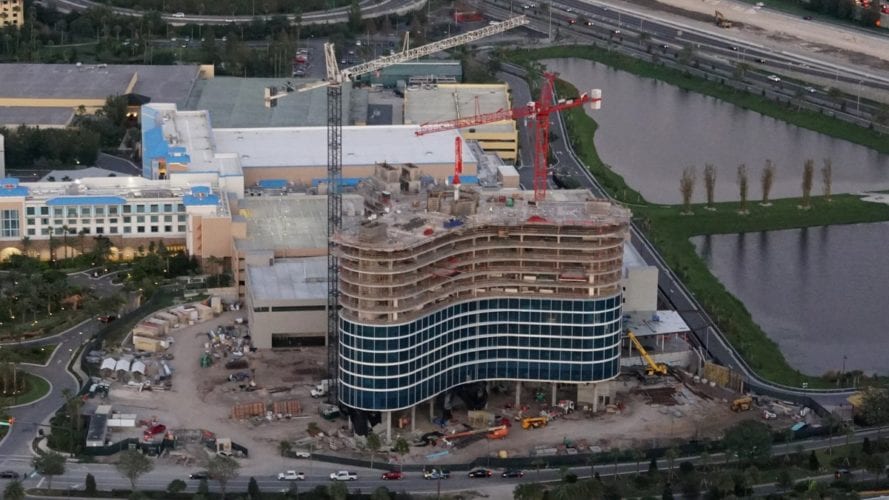 Nearby, the Aventura Hotel now has glass continually going up as the buildings expands skywards. You can check out a VR tour of the hotel on our YouTube channel. 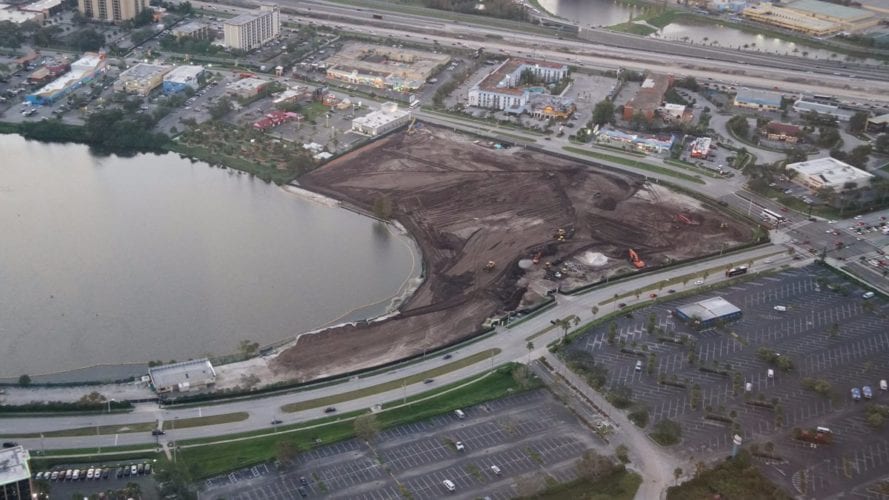 Across I-4, Universal has completed demolished the Wet and Wild waterpark as it prepares for brand new hotels. 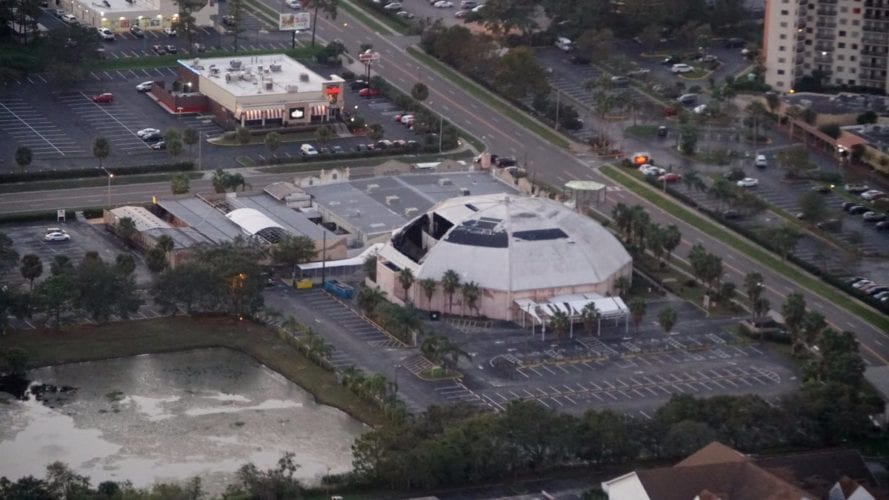 The Pirates Dinner Adventure show building can be seen nearby. It still has extensive damage from Hurricane Irma. It’s currently unknown whether it will reopen or close down permanently. 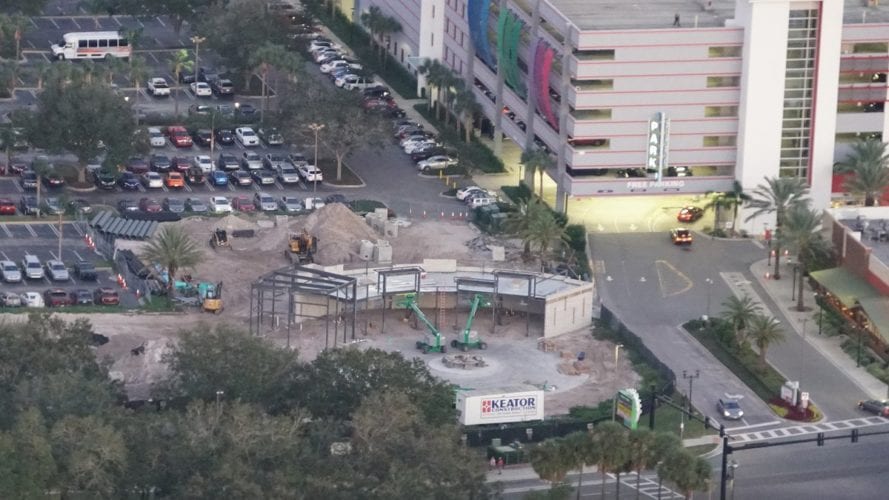 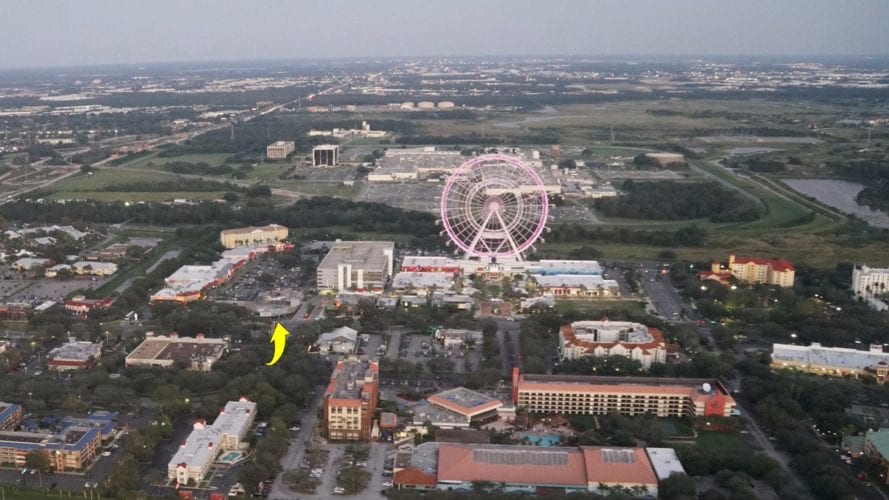 Next to The Coca-Cola Orlando Eye, construction for the foundation of the world’s tallest Star Flyer continues strong. Upon completion this attraction will be 450 feet tall, towering over the 400-foot-tall Orlando Eye. 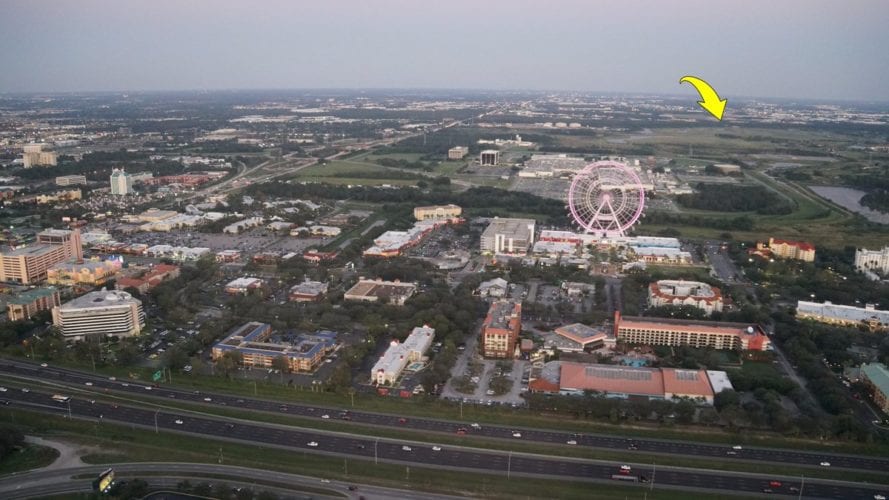 In the far background is hundreds of acres that Universal currently owns. This area is rumored to be a major area of development in the future for a new theme park, shopping area and hotels. 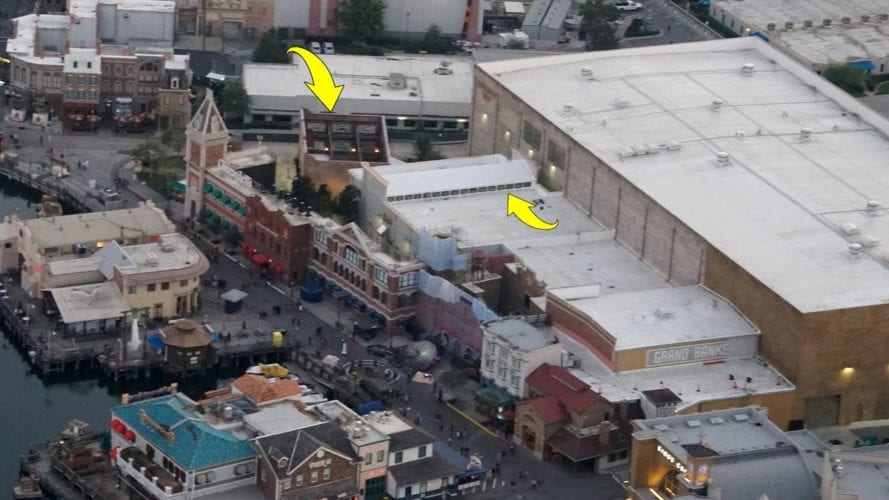 Back over inside Universal Orlando, you can see the top of the Fast and Furious attraction. While the entrance is still an open top shell, it appears the roofing is completed for the rest of the attraction. There is also a section we presume to be used for skylights, which is most likely this area seen here in the concept art. 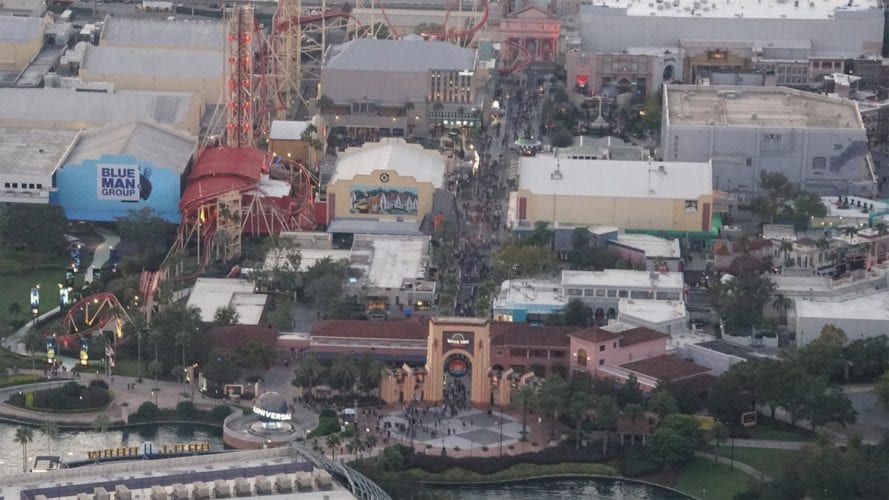 These photos were taken near the opening time for Halloween Horror Nights, and you can seen thousands of guests pouring into the park for the frightful festivities. 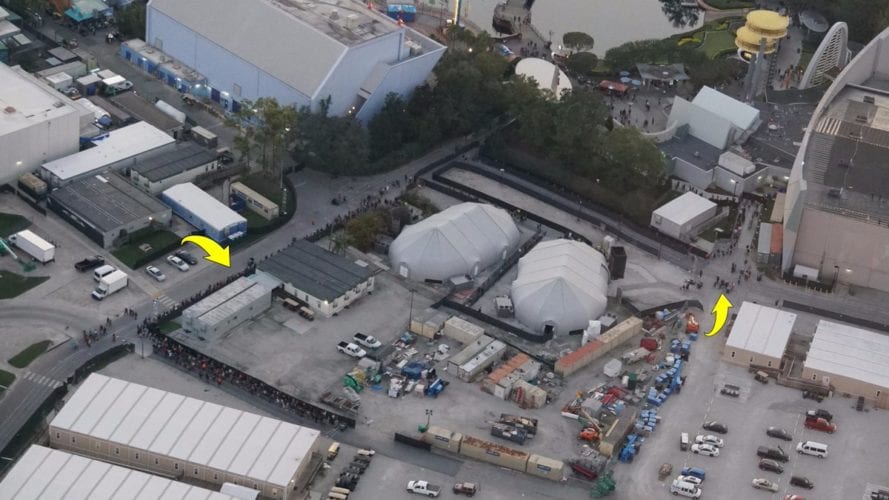 In the back of the park are the queues for Scarecrow: The Reaping (left) and The Hive (right) haunted houses. 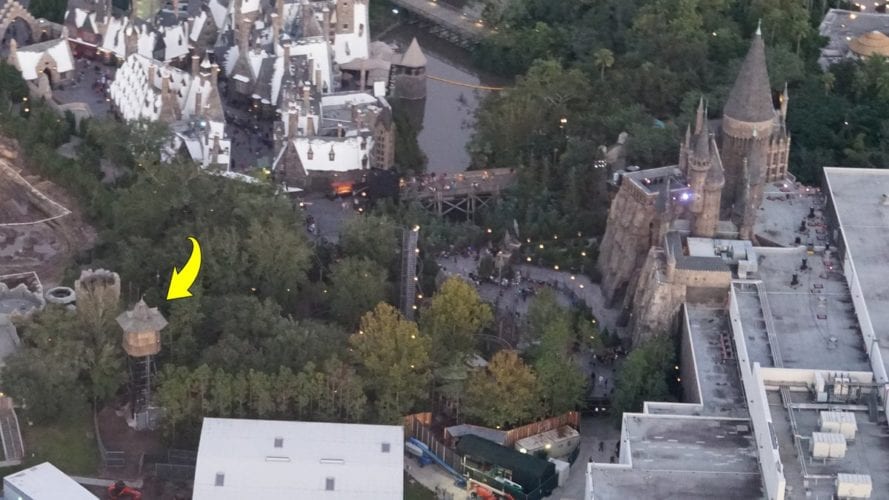 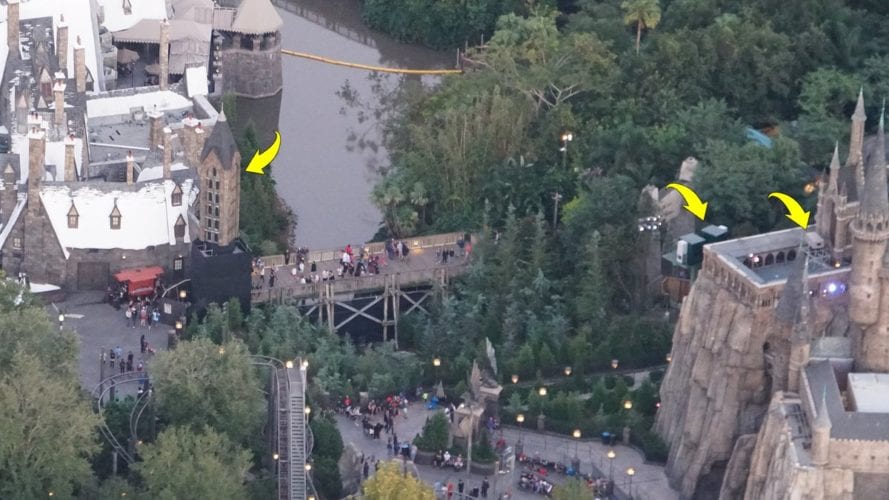 Over in Hogsmeade the Wizarding World prepares for its Christmas projection mapping show as new towers stand tall all over. These arrows point to the current projection towers and projectors positioned to fully cover Hogwarts Castle. 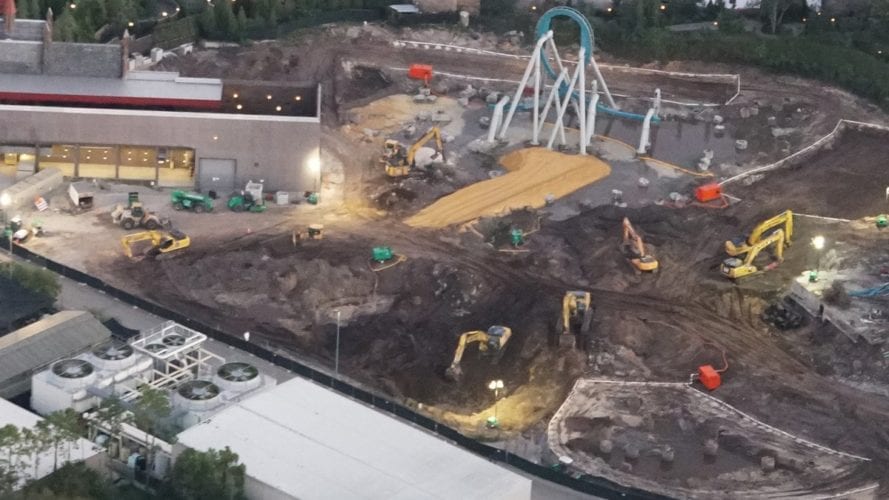 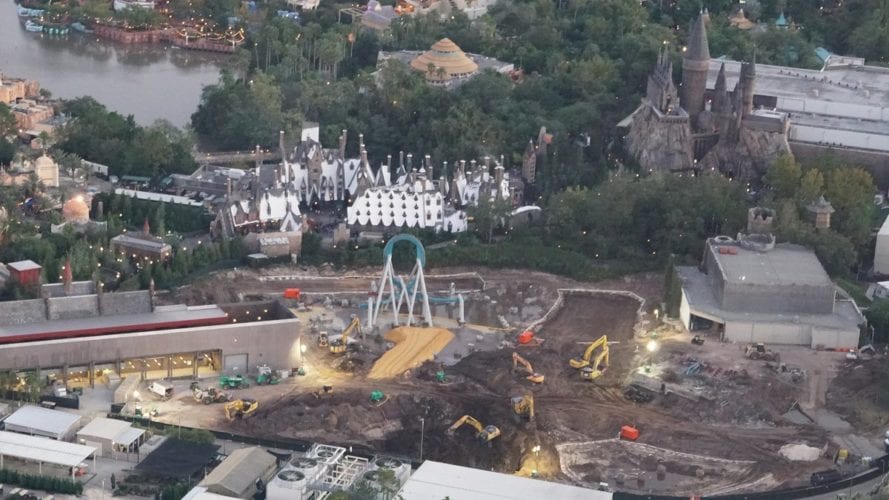 Airbnb home sharing apartments to be built near Disney World

Awesome stuff going on all over I-Drive Orlando