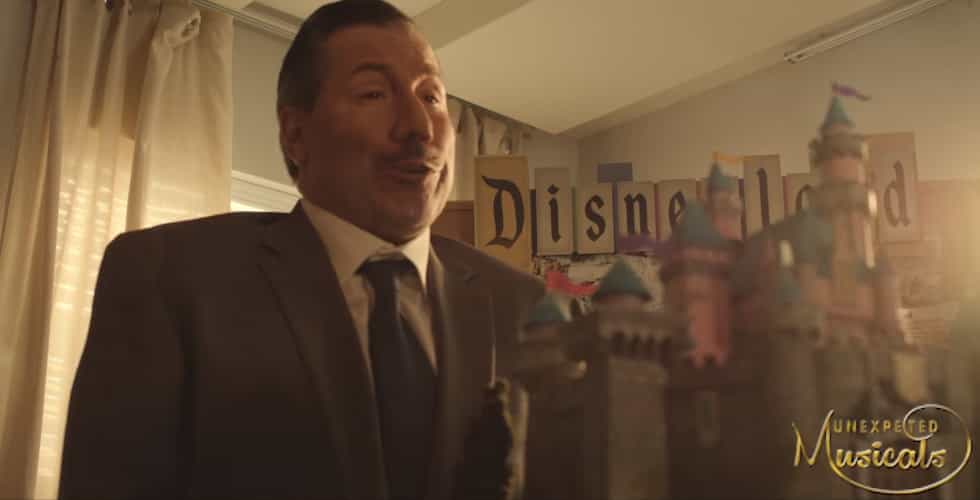 The Disney Showman: The Legacy of Walt Disney is a new four minute music video retelling the life of Walt Disney, using songs from the soundtrack to The Greatest Showman. The film was produced, written, and directed by longtime themed entertainment employees Layne Stein and Tony Wakim, and features talent from many of Orlando’s attractions.

You can watch the full Disney Showman video here:

THE DISNEY SHOWMAN: The Legacy of Walt Disney (The Greatest Showman cover)

Tony Wakim, who has worked at the Walt Disney Company as a performer and artist for two decades, previously worked with Layne Stein to create “Unexpected Musicals” based on Hocus Pocus, Snow White, Beauty and the Beast, Cinderella, and even The Walking Dead. Here’s what Wakim had to say about their latest creation:

PattyCake Productions is a fully functional production company based out of Orlando that specializes in creating original, cinematic and quality content for all our clients. We use these “Unexpected Musicals’ to create awareness for our company.

The inspiration, behind this one specifically, was the music. Layne (my business partner and co-director and producer) and I were so struck by the amazing music of “The Greatest Showman,” we immediately thought about adapting it for our channel. We saw a great deal of similarities between P.T. Barnum’s drive and creativity and Walt’s. It felt like a natural fit. We also feel it’s important to keep the memory and legacy of Walt Disney the person alive for this next generation.

We started pre-production on this almost immediately after seeing the film in December and started filming it in early January. The physical sets were the things that took the most time. All of the items on the desks, all the drawings and storyboards, and even most of the wardrobe were meticulously recreated from photos of the real things. Even the Oscar is a mold of the real Oscar.

The goal for all of our videos is to create content that celebrates the subject and the music. We never want our videos to feel like a cheap shot or a parody. With “The Disney Showman” specifically, we wanted to take an opportunity to explore the story of Walt. We wanted to talk about the struggles he faced, but also see them come to fruition. He was the ultimate dreamer, but also a believer of hard work and persistence. The feedback we’ve received has been overwhelming. I think Walt really strikes a soft spot in everyone. He wasn’t afraid to play to not only children, but the child in all of us.

One familiar face theme park fans may recognize in The Disney Showman is James Keaton, who plays the older Walt Disney. Keaton is best known as Jack the Clown from Universal Orlando’s Halloween Horror Nights, and also stars as the animatronic Maelstrom polar bear in the hit Fringe Festival comedy The Animatronicans. 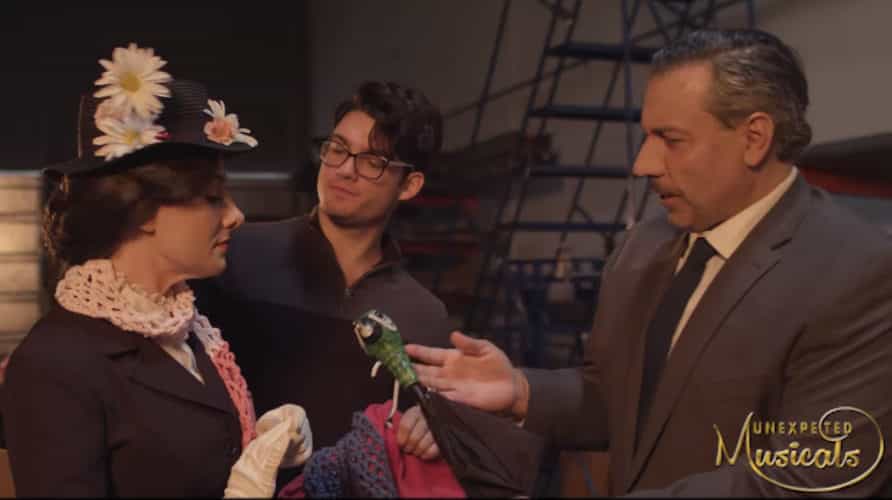 James became part of the project because he used to work with Wakim at Universal’s Beetlejuice’s Graveyard Revue show (where Tony was a Dracula to Keaton’s titular “ghost with the most”), and knew Layne through his a cappella group Voice Play.

Keaton and Wakim “stay in touch still and grab dinner together when we can,” James says. “We often talk about the videos they’re doing and Greatest Showman came up and he asked if I’d play older Walt. I think Layne suggested it. And I said yes. And it was a quick two day shoot for me, and was a little reunion ’cause at least 4 or 5 other people in the video are Graveyard Revue alumni.” 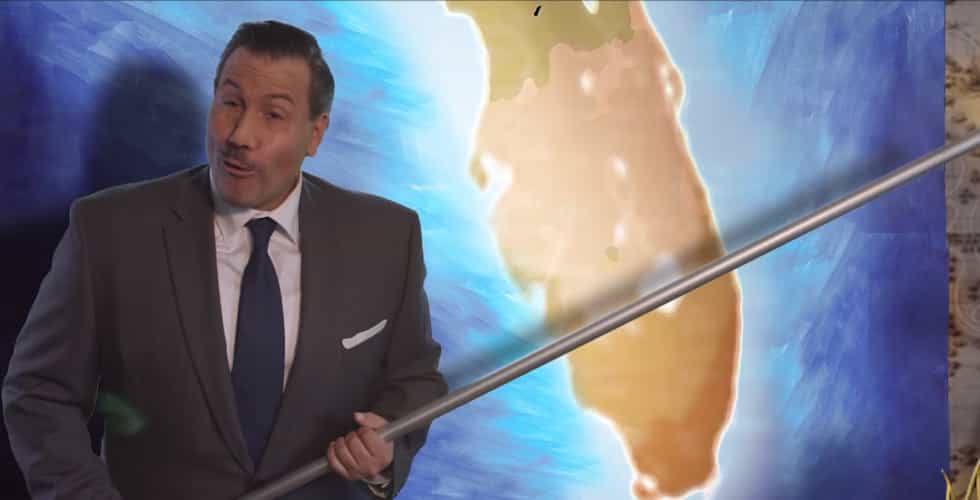 Keaton’s Walt makeup was a collaboration between Andy Wright, who made the prosthetics, and Rick Underwood, who performed the application, making it another reunion of Beetlejuice and Halloween Horror Nights alumni.

“It was great experience,” says Keaton, adding that he “fell in love with the concept and hope everyone enjoys it. I enjoyed going back and watching lots of Walt interviews and footage. Tony and I would send videos and stuff back and forth before production. The idea of playing Walt was a bit nerve-wracking, but once we started to play it felt comfortable.”

For more information about Pattycake Productions visit PattycakeProductions.com and visit their YouTube channel.

‘Inside the Walt Disney Archives’ exhibit debuts at...

Excellent work… felt like being transported back in time… MAGIC!

This gets to me every time. So magical and touching.