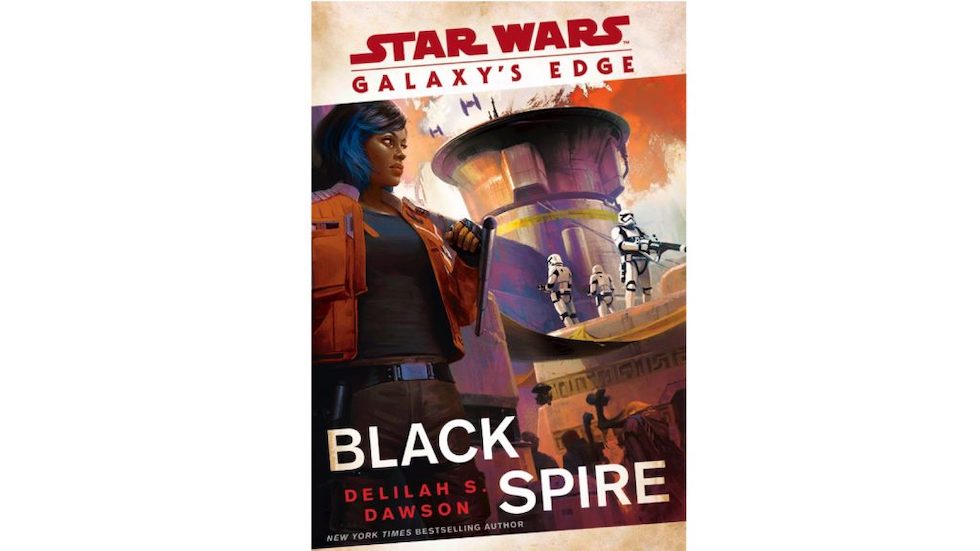 Check out the cover for the latest novel on the road to Batuu.

Hitting book store shelves on Aug. 27, this novel explores the secret history of the outpost that guests will get to explore when Star Wars: Galaxy’s Edge opens this year at Disneyland and Walt Disney World.

In “Galaxy’s Edge: Black Spire,” General Leia Organa dispatches her top spy, Vi Moradi, to travel across the galaxy in search of allies, sanctuary, and ammunition after devastating losses at the hands of the First Order. Luckily for Vi, she might have just found all three on Batuu.

The planet is dense with forests, mountains, and towering petrified trees. Batuu is as far as one can get on the frontier of the galactic map; the last settled planet before the vast and mysterious expanse of Wild Space. The planet’s Black Spire Outpost has become home to smugglers and rogues from across the galaxy, giving them a place to avoid prying eyes and complications. Vi is hardly welcome there, but when a shuttle of stormtroopers touches ground there, she has to find help.

In order to survive, Vi must integrate herself into this world of villainy and scum. With the help of her acerbic droid and a traitor trooper, she’ll gather a band of misfits to create the spark that will light the fire of resistance on Batuu.

You can preorder this brand-new novel now, or pick it up at your local bookstore on Aug. 27.

Check out some of our other Star Wars: Galaxy’s Edge coverage below: