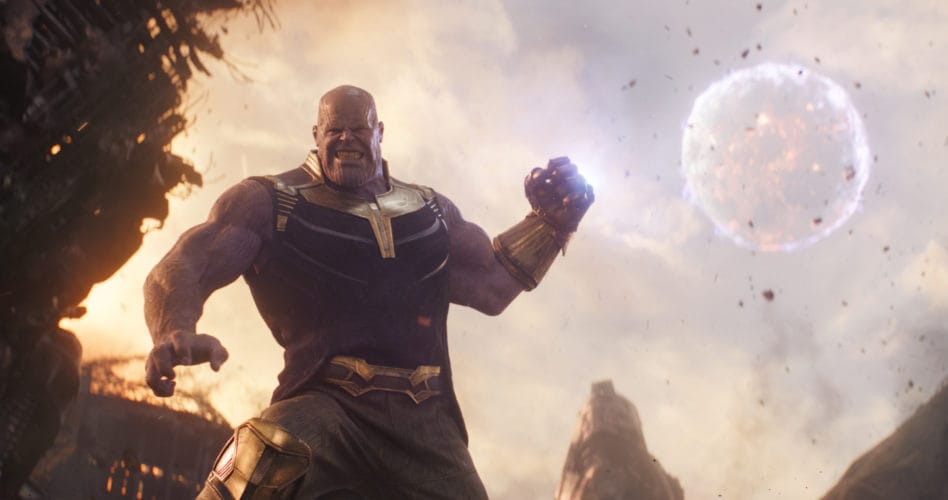 Last night I had a dream where I was in Infinity War, albeit it was as jumbled as dreams are and I didn’t really know the details of the actual movie at the time, but I remember Thanos trying to take an infinity stone from me. When I woke up, I immediately messaged my friends, “I can’t believe I’m actually seeing it today.” It didn’t disappoint.

“Avengers: Infinity War” is the culmination of 10 years of films, finally beginning the end of the current Avengers, and ringing in a new era. The Marvel Cinematic Universe as a whole has brought people together and created a community the fans have spent countless hours in. This movie is going to take these same fan’s hearts and watch them crumble away.

The movie is a blending together of many things including comedy and tragedy with the Guardians and the Avengers. The two groups, or at least the one that converge, are amazing to finally see together. The war against Thanos takes place at different locations across the galaxy and across Earth, making the characters split up to fight.

Thanos is on a mission to collect the Infinity Stones. These are the same stones we’ve seen all throughout these movies for 10 years, and are scattered around the universe. If he gets the stones, he can do anything he wants with just the snap of his fingers. I don’t really know what else to say without spoilers. It’s an excellent film with tons of action and a few twists, but all I can recommend is to bring some tissues because it’s not a rollercoaster of emotions, it’s a drop tower.

“Avengers: Infinity War” is rated PG-13 and runs 2 hours and 40 minutes. There is one extra scene at the end of the credits.

For another spoiler-free take, here’s our video review:

Marvel can be found in Disney parks all around the world.

You can meet and greet with a selection of superheroes at every property, including Walt Disney World, Disneyland Resort in California, Shanghai Disneyland, Tokyo Disney, Hong Kong Disneyland, Disneyland Paris, and the Disney Cruise ships.

Guests can fly along with Iron Man in Hong Kong Disneyland at the Stark Expo, and an Ant-Man and the Wasp attraction is also on its way to the park.

The Guardians of the Galaxy are performing a new “Awesome Mix” concert this summer in the American Pavilion at Epcot while their brand new roller coaster is being constructed at the park.

Guests at Islands of Adventure at Universal Orlando Resort can visit Marvel Superhero Island to meet the classic comic versions of the well known characters, and also ride The Incredible Hulk Roller Coaster, and save New York with their favorite web-slinger on the Spider-Man ride.