This photo report features shots taken by Jonathan Rodriguez/Sublime Image Photography just an hour before that announcement was made. 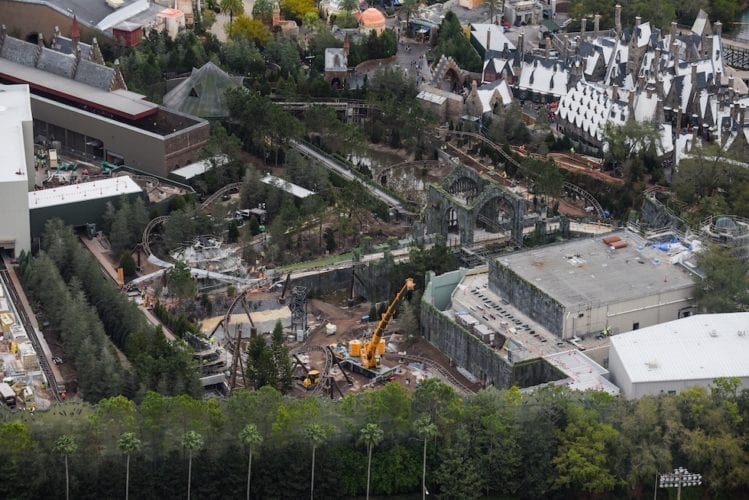 As you can see in the photo above, lots of greenery has been added all over the grounds for the Hagrid-themed roller coaster. 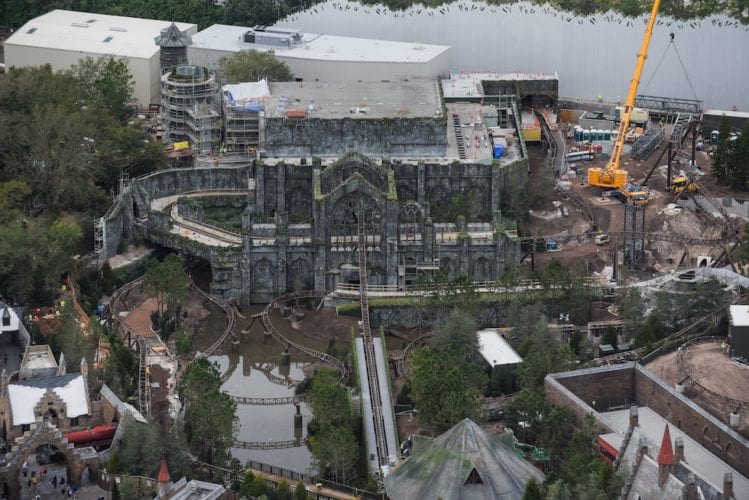 The ruins that your motorbike coaster cars will pass through multiple times look to be pretty much finished with moss and aging details covering them. The moat is also slowly starting to fill up. 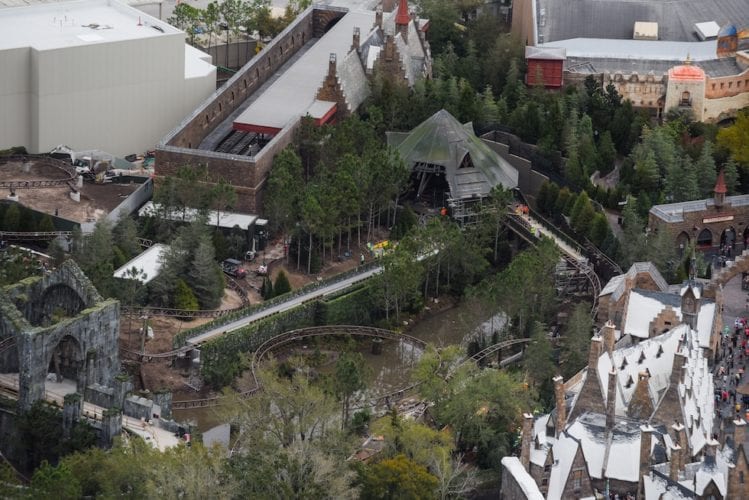 The exterior of the hut that you travel inside looks to also be complete, with even more trees added around it. 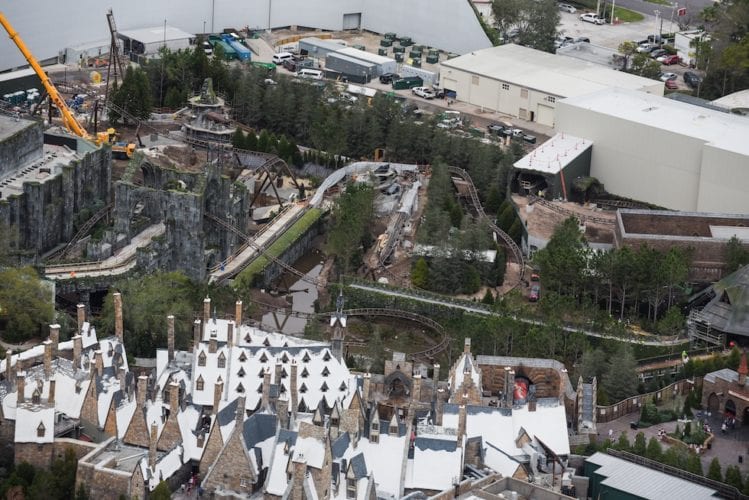 This is where things get interesting in terms of what has been installed along the ride path. If you look in the above photo, you may notice two things: Fluffy and a car under tarps. Below we will zoom into them and show a different angle. 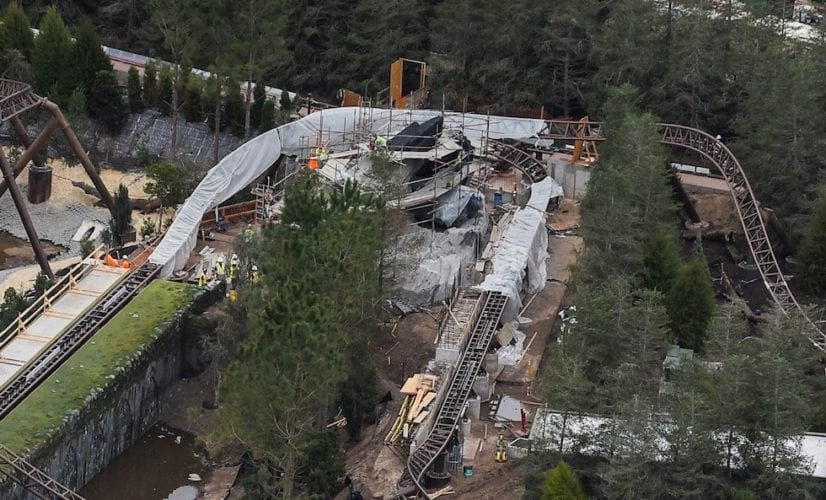 This area is strongly rumored to feature an animatronic of Fluffy, the three-headed dog. If you look in the center, you may notice what looks like some kind of figure under a tarp, with what is potentially a dog snout sticking out. Here’s another angle below: 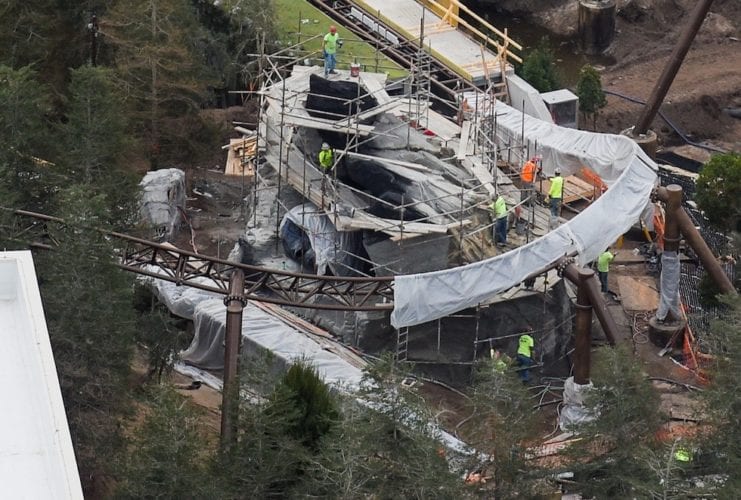 Whether this is Fluffy or not, it definitely looks like guests will encounter some kind of magical creature at this point during the ride. 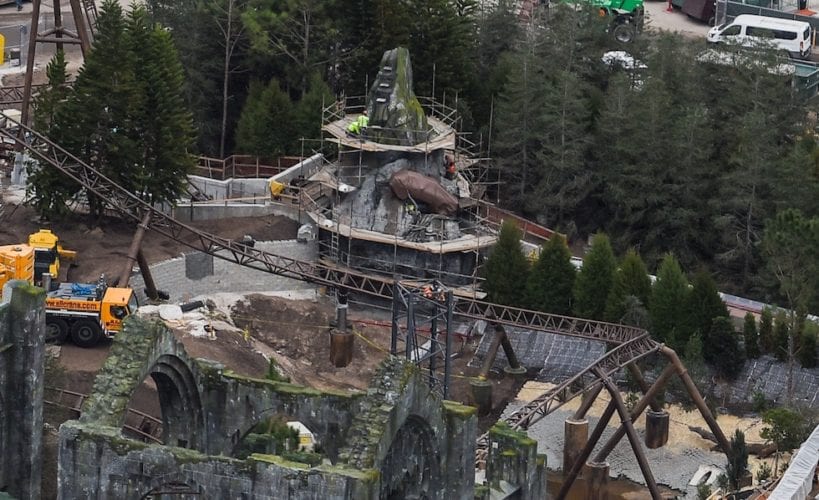 Moving over to a rock sturcture that you’ll travel under before reaching a dead end and going backwards, there is now clearly a vehicle under a tarp perched on the rockwork. Could this be a new location for the Flying Ford Anglia? 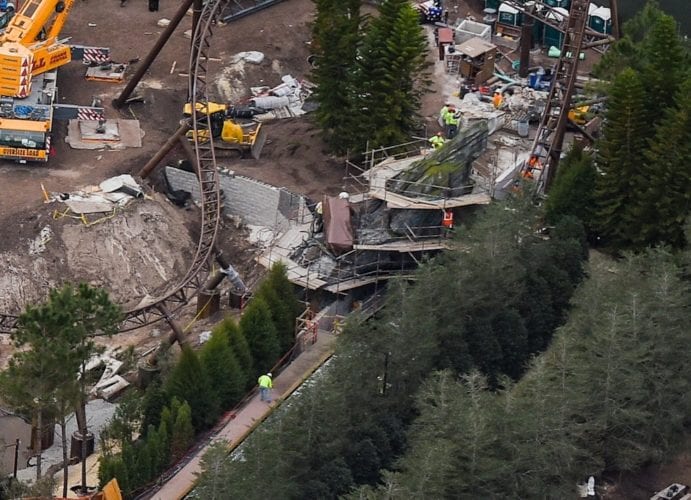 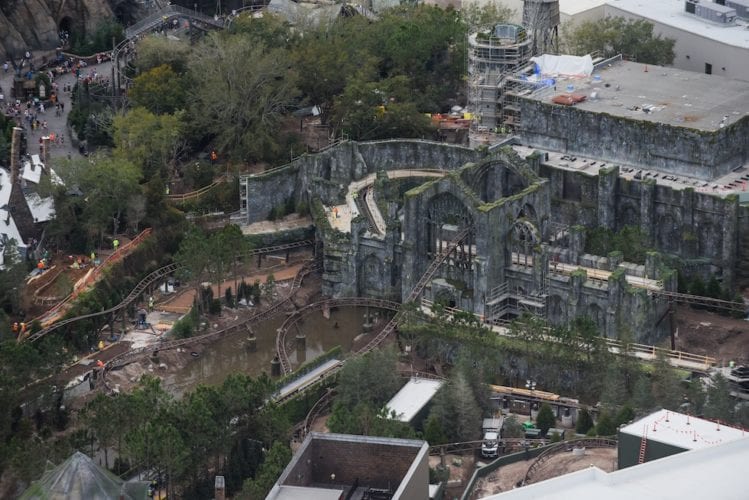 Like always, everything stated so far is theory and guesses. Until announced by the Universal Orlando Resort, nothing is official. Interested to learn even more about the Wizarding World? Check out these related articles and past construction updates!

We did the ALS Ice Bucket Challenge,...