Universal Orlando seems to have really picked up the pace on their upcoming Harry Potter-themed roller coaster. Trees are sprouting up everywhere and detailed theming is happening all over the construction site.

This photo report, with shots provided by our contributor @bioreconstruct on Twitter, oversees the ongoing construction at The Wizarding World of Harry Potter – Hogsmeade.

These photos were taken just a day apart, yet look how much theming work was done. Heavy green moss is beginning to dominate the stony exterior of the ruins. 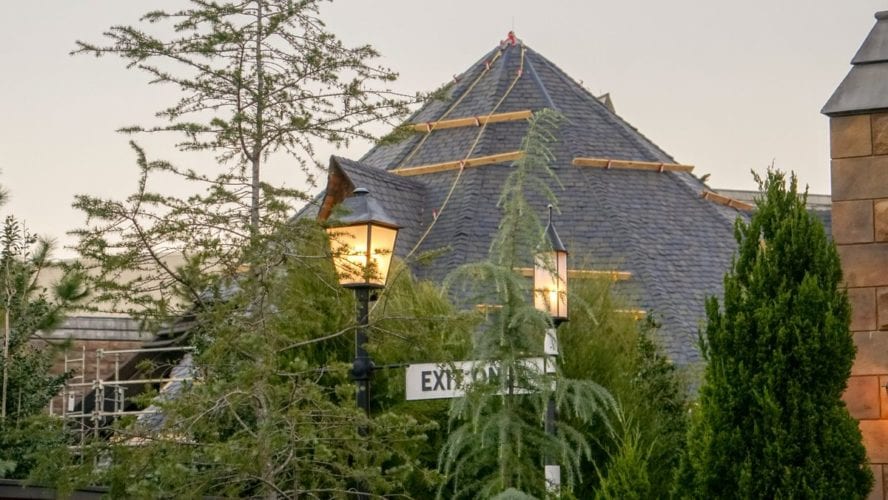 The roof on the rumored Hagrid’s Hut is mostly finished. 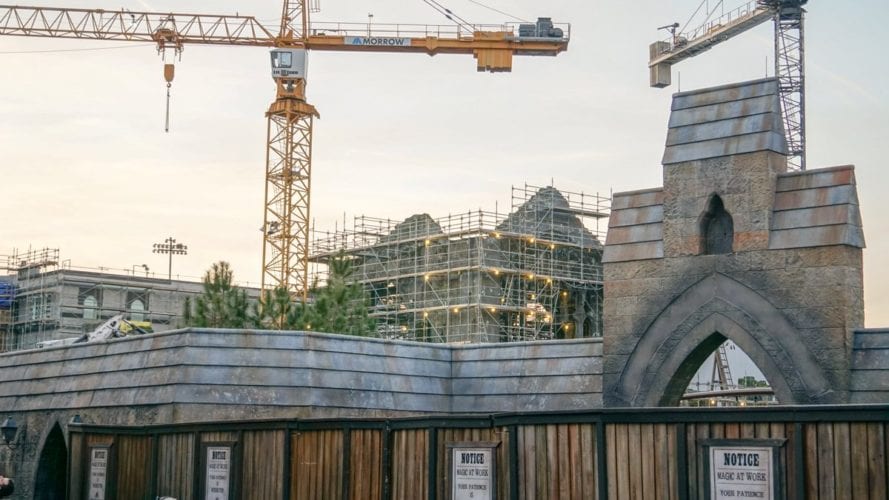 Trees are starting to be placed in the foreground of the construction. Soon, it might only be possible to get update photos from the sky. 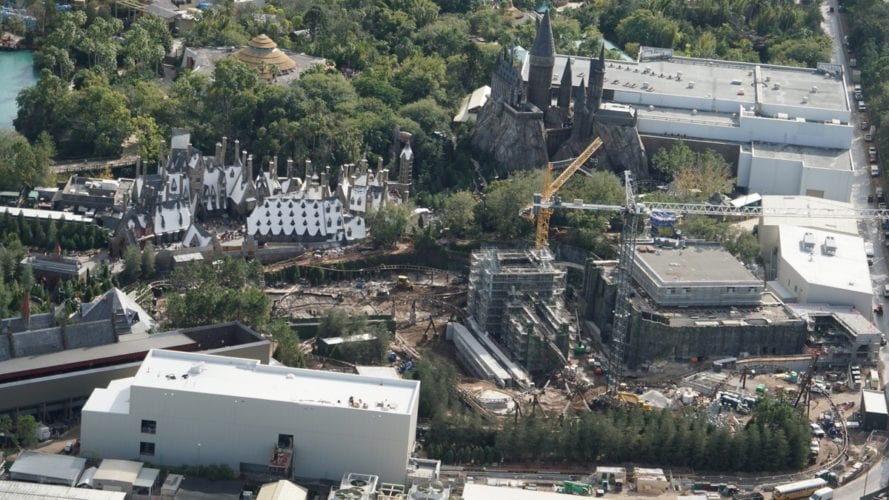 As we look out over the site, we can see more trees and less dirt – always a great sign! 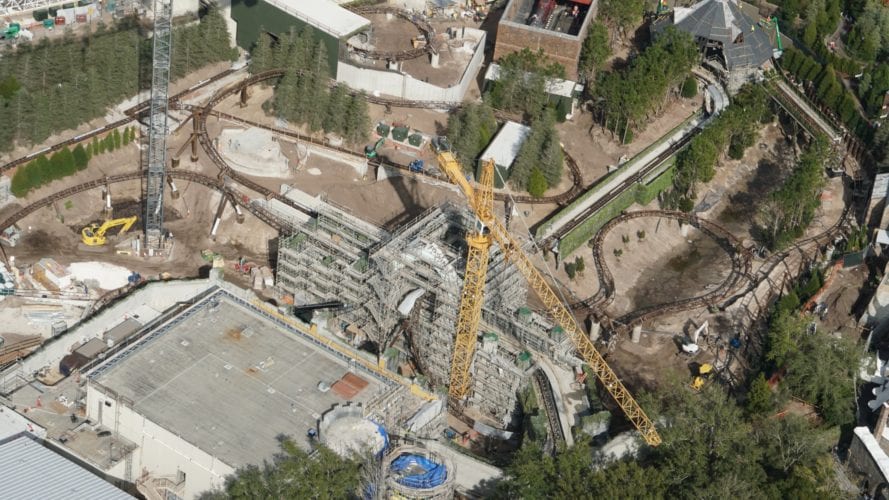 This shot gives us a great view of the remaining dirt. It also helps further enforce the theory we stated about water being used in the theming of the attraction. Standing water is still around the 180º turn on the right side of the image. But there certainly won’t be any water near what is most likely some electric transformers in the top middle. 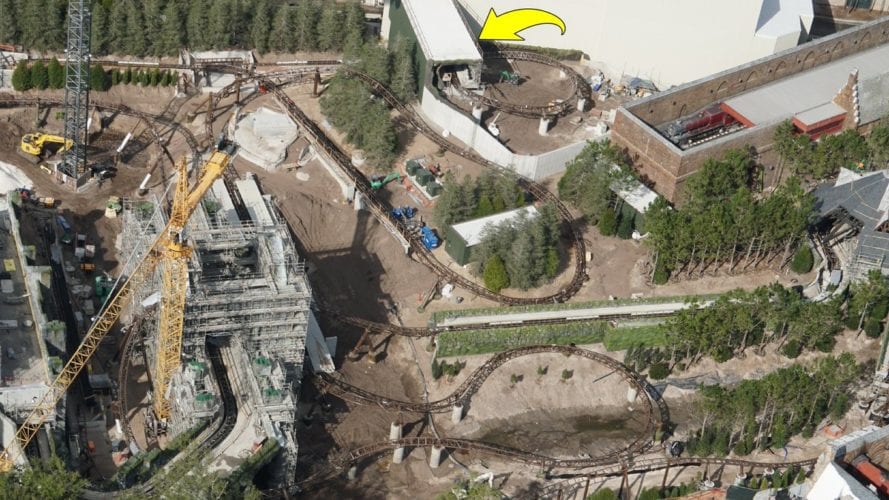 Still an overview, from a slightly different angle, we can see into the damaged roof of the hut on the right. We can also see where the Hogwarts Express train is parked. The arrow is pointing to the extension of the drop track/elevator building. 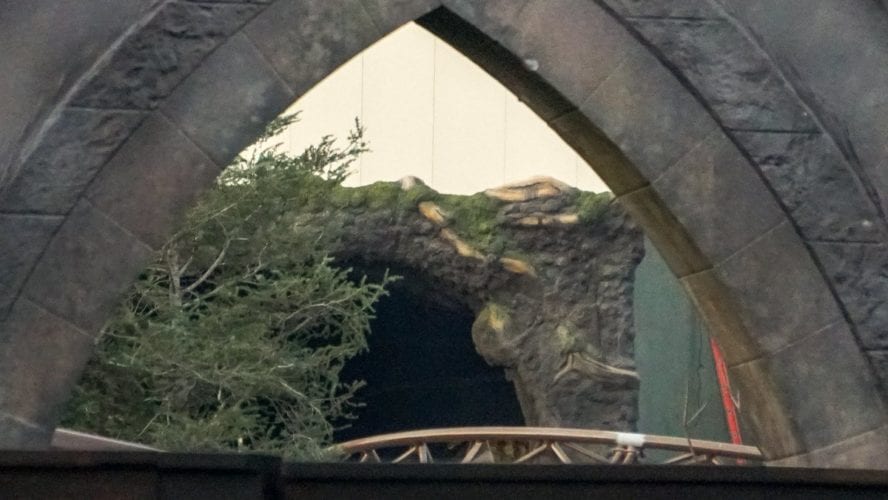 This angle showcases the highly-detailed theming on the building’s extension. There appears to be heavy clumps of dirt, moss, and rock. Could it possibly be a skeleton as well?

The warm orange and yellow coloring seem to differ in this section from the darker gray rocks we have seen elsewhere in the theming. It could be a sign of the story to come, but we will have to wait for more construction to find out. 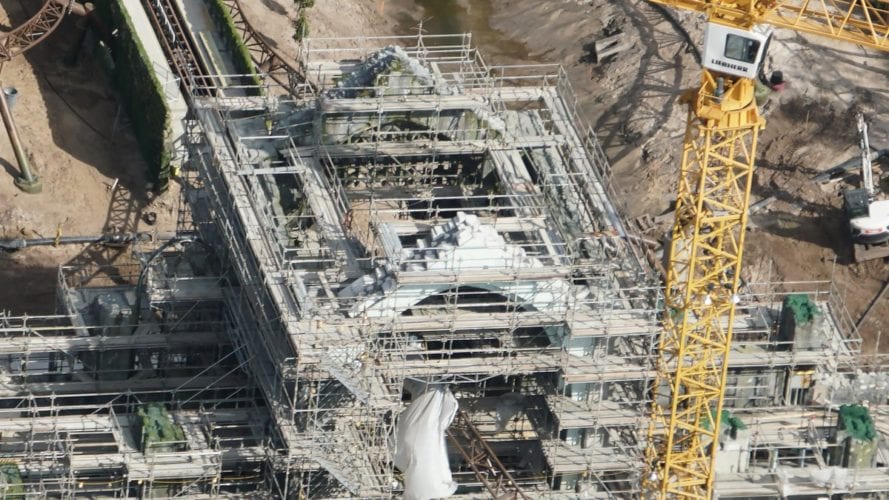 Another great example of theming is seen here.

The unknown ruins building can be seen in two different stages. In the background, we see old rocks and moss with a weathered exterior. In the foreground, we see primer paint in preparation for the next stage. We will surely see both portions done by the next photo update. 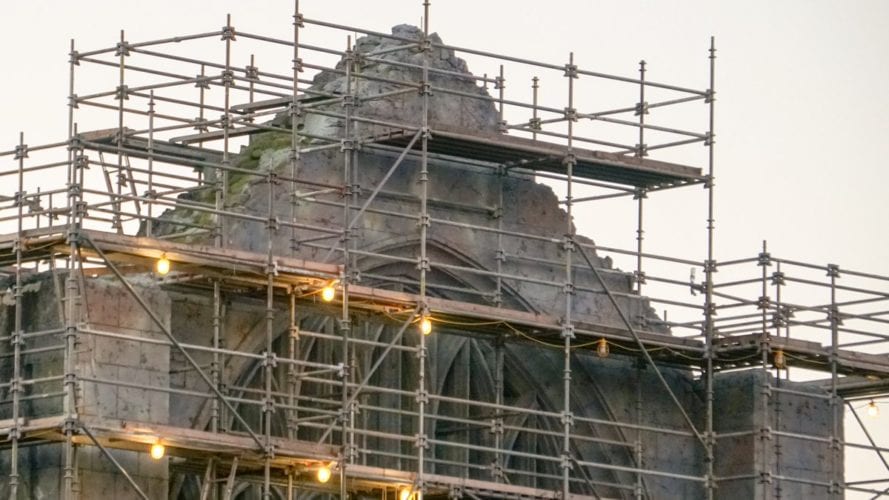 Here is a close-up of that rock and moss work. While there still may be more to be done, we’re hoping to see the scaffolding coming down soon. 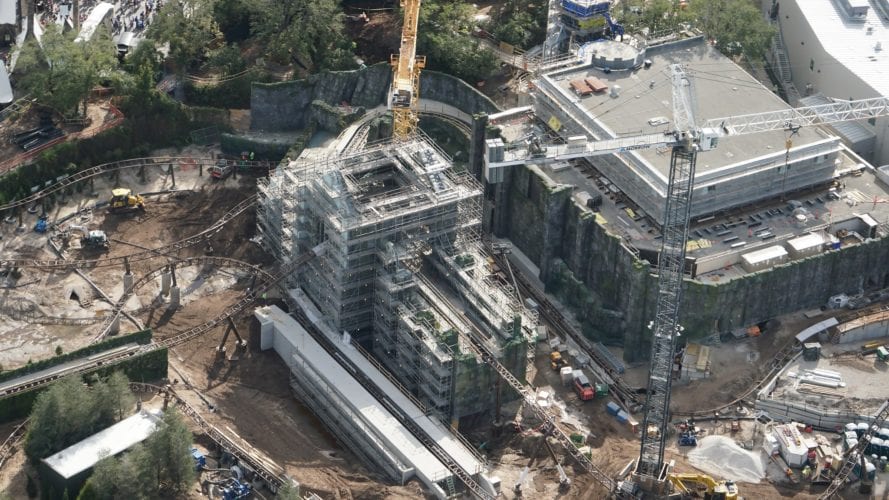 The moss continues all along the main show building. No scaffolding is a great sign that we are looking at a final, or close to final, look at the exterior of this structure. 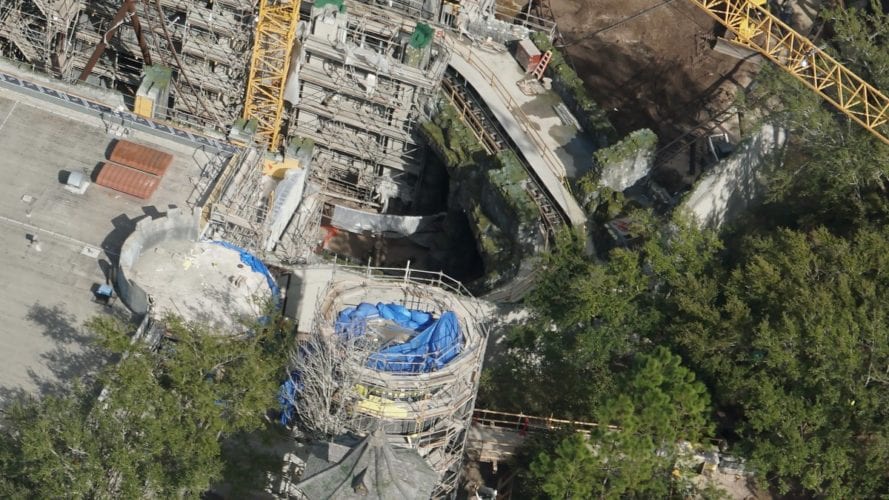 Near the entrance, we can see the mossy bridge that leads into the ruins structure. This theming appears to be finished as well, and the only construction equipment left is placed there to aid other areas. 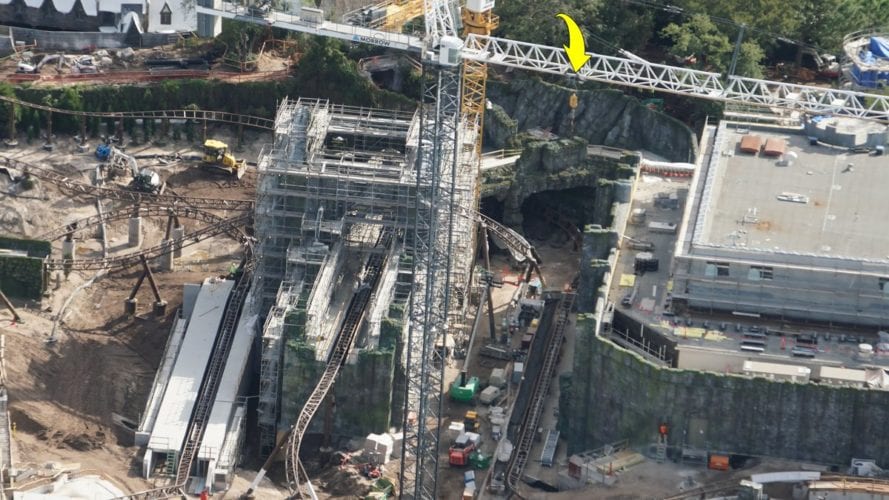 This second angle on the bridge helps showcase the remarkable work that has been done on the rock and moss theming.

The arrow points to the track bridge. Guests will walk in the queue just slightly above the main rock wall behind that, leading to the blue tarp covered tower on the extreme right side of the photo. At ground level below the bridge, we can see what looks almost like a cave entrance the track runs through. 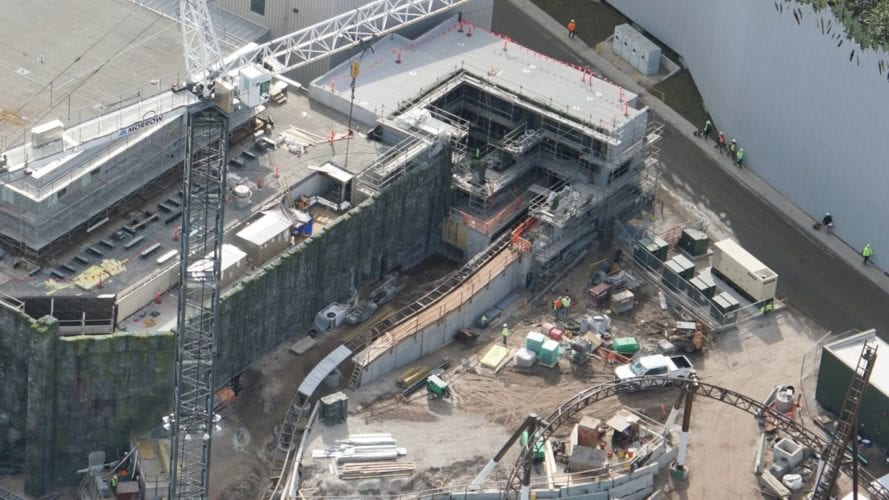 This look, at what is believed to be the end of the ride, is getting some interesting new broken columns. They’re barely peeking through the new extension of the main structure. The construction workers, pictured here, also help give a size comparison to the site. This coaster is going to be massive!

Like always, everything stated so far is theory and guesses. Until it’s announced by the Universal Orlando Resort, nothing is official.

Interested to learn even more about the Wizarding World? Check out these related articles and past construction updates!

A look back at A Celebration of...